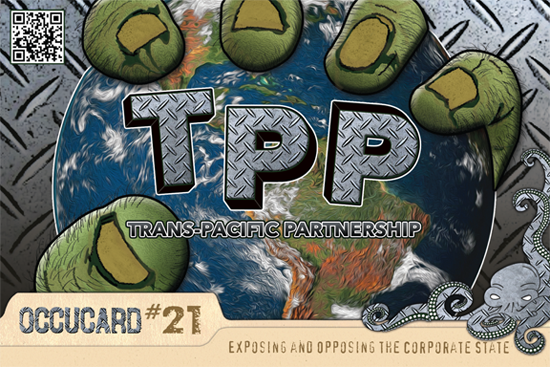 If you've been following developments related to the TransPacific Partnership, or #TPP, you probably saw the contradicting headlines on your social media.

For those that don't know, TPP is a trade agreement originally being negotiated between 12 countries with the US leading the very secretive process, now with 11 countries since, under Donald Trump, the new US administration has decided to withdraw.

Aggressively promoted by Hillary Clinton while she was US Secretary Of State, who called it 'the gold standard in trade deals', has also been called 'NAFTA on steroids' by many activists opposing the agreement.

Among other things, agreement has provisions opposing public ownership in general on 'principle' as barriers to the free market, demanding that publicly owned utilities like Canada Post and CBC exist solely for profit.

Negotiations between the remaining countries continued last week at the Asia Pacific (APEC) Summit in Danang Vietnam. After the conclusion of the APEC Summit on Friday, Nov. 10, representatives for all the remaining countries announced that they had reached an agreement on the 'core elements' of the deal, but  Canadian Prime Minister Trudeau also announced that Canada is not signing the agreement itself in it's current form.

Major media outlets seem divided on how to interpret this turn of events, but seem to agree that strong, single focus narratives were the way to go.

The National Post headline for the article last updated Nov. 11, 2017, reads 'Canada's Decision To Decline TPP Agreement Shouldn't Be A Surprise, Trudeau Says', focuses mostly on the existing points of disagreement, while the Global News headline following the conclusion of the same event read 'Canada And 10 Other Countries Officially Announce Agreement On TPP.', centered on the agreement in principle to continue negotiations.

TPP is still being negotiated, it has not been stopped, it is actually closer to becoming a reality than it was before.

More information on the agreement can be found, courtesy of the Council Of Canadians, at https://canadians.org/tpp