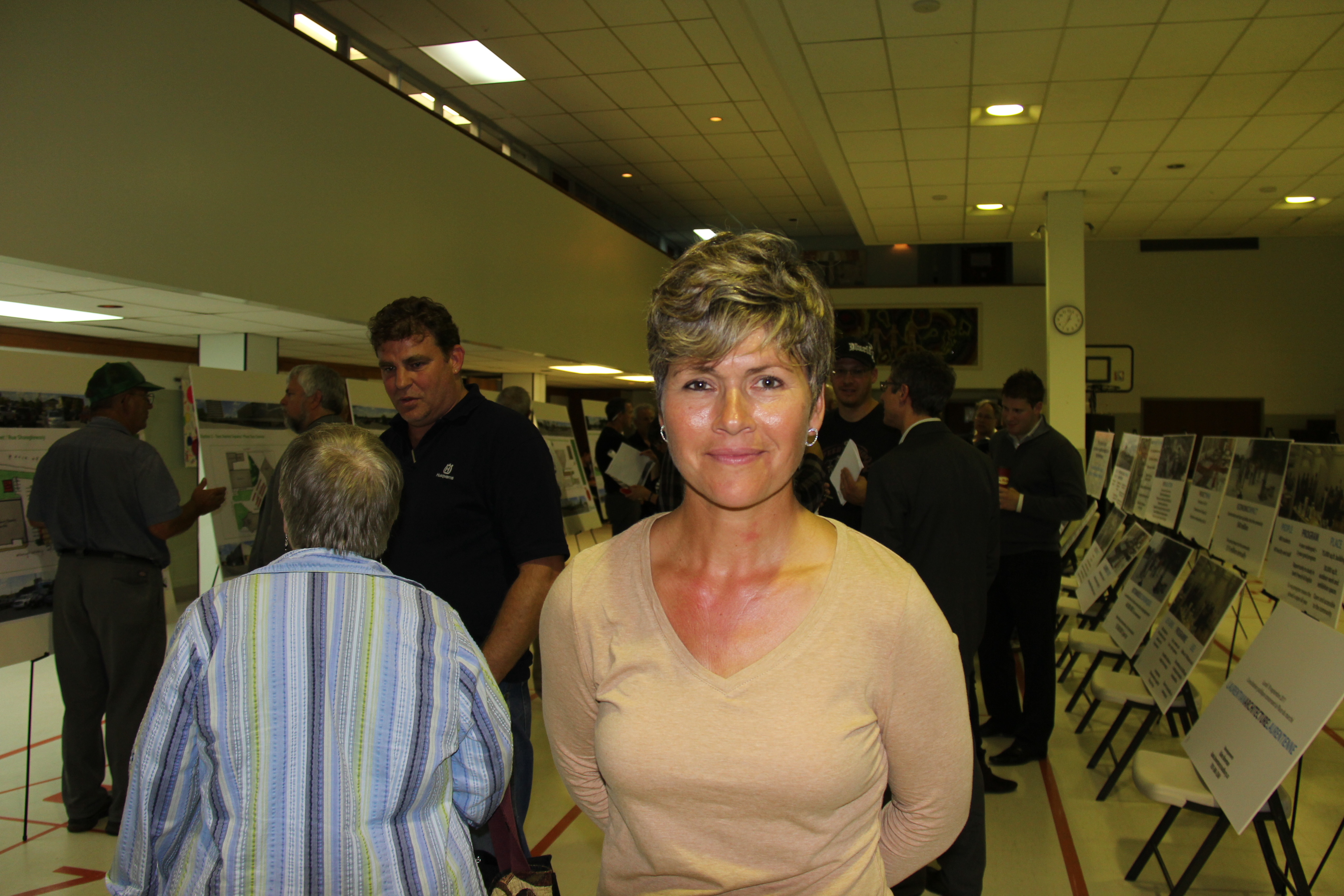 A major controversy is shaping up in Sudbury’s downtown.

Well over 150 city residents turned out for an City of Greater Sudbury Open House September 19 at St. Andrew’s Place concerning the possible relocation of Market Square, downtown Sudbury’s farmer’s market. It currently houses dozens of food and retail vendors, including area farmers and those selling fish products from Manitoulin Island.

“They have to find a site for us to relocate,” Sylvio Thibeault, a local farmer, said. He indicated costs for his two produce booths at the market were already escalating and he expected more expenses in a new location. He accused the city, which runs the market, of having little interest in helping local farmers. “I could move to Orilla,” he said. “They need farmers there.”

At issue is the interest by Laurentian University in purchasing the 1.2 acre site including the existing building for their proposed northern school of architecture. That means the vendors and their supporters must relocate.

“Why are they taking a perfectly good market for housing purposes? She asked. “Why not use other buildings for housing students? Why take something away that the people of Sudbury love already.” She indicated the new proposed locations for the market were not big enough for the almost 60 vendors currently at the site.

The school of architecture, the first new architecture school initiative in decades in the province, has been looking for a site for its campus, according to former mayor John Rodriguez. It is scheduled to accept students in 2013. Rodriguez said it was a citizen led initiative the city should be proud of. City council backing of support for the school was “unanimous” he said.

Members of the school’s organizing committee have long argued that downtown is the best setting for the campus in order to boost business and culture downtown, David Robinson, committee member, said at the session.

Market Square site was deemed the most favourable since, for example, the existing building could be used to house students while the campus is being constructed beside it, Robinson added.

He also said the committee realized they need to move quickly to assemble the land because the school was to commence operations soon.

“There was no land assembly (required),” Robinson noted. “The city owns the land.”

He said if the land was owned privately it could mean higher costs.

“It is cheaper (to deal) with the city,” Robinson said.

But there lies the rub. How cheap is the city willing to sell their land now that they have indicated at the open house an inclination to move the market to any one of several locations in the downtown either at Shaughnessy Street near the CPR building, Tom Davies Square or further south on the existing site?

“I do not want to give away free land,” Mayor Matichuk said indicating the price the city would get for the land would have to cover the cost of relocating the market.

“We need to find a solution that is a win-win for both the market and the school.”

She said the market relocation could actually been seen as an opportunity to grow the businesses of the vendors impacted.

Senior city planner Jason Ferrigan said though the city had set aside $1 million per year in support of the architecture school over a decade, none of the budgeted city money was earmarked for land acquisition.

“Capital (investments) do not involve land acquisition,” he said. “We did not give them (the university) free land.”

Chris Mercer, Laurentian University chief of staff, said the property assessment done for them indicated the site was worth less than a million dollars. He indicated a willingness to pay market value for the site.

However, city councilors such as Ward 11 Coun. Terry Kett told CBC Radio One the site was worth many millions-up to $5 million and was a key parking area location for the downtown.

Ward 1 Coun. Joe Cimino said he was still at the information stage. “I do not want to be rushed into a decision. Do I know this is the best site-why is this the top choice?” He said the determining by Laurentian University that the market was their top choice was news to him.

“This is the first I have seen of this choice.” Cimino noted that council would be briefed by the university towards the end of the month. But the mayor said the issue, being about property, would involve closed door discussions. That irked John Lindsay, chair and president of Friendly to Seniors and the Sudbury Arts Council.

In a letter, he suggested the meeting was of such importance to the citizens that it should not be held “in camera”.

“The matter concerning “property” should not be held “in camera” as it is dealing with public property and a matter between two public institutions, the city and the university,” the letter stipulates.

Ron Pharand, a 15 year supporter of the market in its various locations, said he was concerned that older people and those without cars would lose out if the market was moved.

City activist Gordon Drysdale said there were better locations for the school in the downtown that meant the market could remain where it is.

He indicated the city owns some land near the Ledo Hotel and could purchase the aged hotel for a possible site there.

“Just imagine driving over the Paris Street bridge and being greeted by a brand new school of architecture.”

But Robinson added that at three community consultations held in the recent past, when  up to 100 participants were asked to choose a site, Market Square was their top choice.

“The downtown merchants would prefer the market site,” he said. He inferred there was a perception in the downtown that the market was not living up to its mandate of supporting local agriculture.

Downtown businessman Brian Blasuti said he disagreed with the subsidization of the current vendors wherever they were located.

“They should pay full (market) rent,” he said. He said the market should relocate in the vacant railway station’s parking lot on Elgin Street and use their underutilized building.

Robinson said he would prefer the actual school of architecture to be set south and east of the existing market on three privately owned parking lots if the land could be assembled. As for the market, he said he preferred a covering over Durham Street that would entail a year round street scene with the market included.

“This would make for a winter city.” He made the pitch in an Aug. 16 Northern Life article.