Why Venezuela is Unthinkable in Canada

Why Venezuela is Unthinkable in Canada 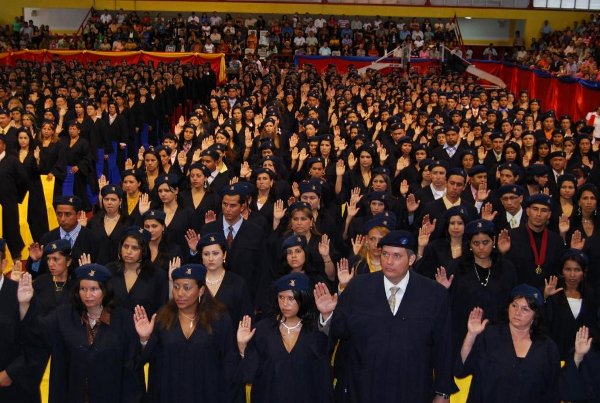 "A journalist," economist Mark Weisbrot wrote last year, "can say almost anything about ChÃ¡vez or his government and it is unlikely to be challenged, so long as it is negative." Canadians need only turn on their radios or TVs to confirm that this truism persists, even after the death of Venezuela's President, Hugo Chavez.

To Canadian journalists, it's obvious that Chavez was a dictator, an autocratic man who fooled millions into voting for him and made a mess of his country. So obvious, that they don't need to cite evidence. Stateside, the hate has long reached a frothy fever pitch. Newsweek was not outside the norm when it compared Chavez to Mussolini, Hitler and Stalin in a news story.

So what makes Chavez, four times elected President of Venezuela, so hateable? It can't be any of the things that are usually listed (with almost no evidence or context): corruption, authoritarianism, economic disorder. Because the US and Canadian media tolerate and encourage these qualities in allies like Saudi Arabia, Bahrain, Colombia, Philippines and Haiti, about which relatively little ink has been spilled.

Chavez, it is frequently observed, represented one of the strongest voices of opposition to US wars and its domineering foreign policy. International diplomacy was wary of confronting the military and economic superpower in the room. Invigorated by high oil prices, Chavez flouted convention and said what no one was saying but many were thinking. He made alliances and led efforts to strengthen regional trading, loosening the American grip on South America. His presidency cleared the way for the "pink tide" of left-wing governments on the continent. That's why the American establishment hated Chavez.

In Canada, the establishment's visceral and irrational response has more psychologically complex underpinnings. It comes down to a failure of imagination. Venezuela forces pundits and leaders uncomfortably close to thinking two thoughts which are unthinkable in Canada: that oil revenues and society's wealth might be used for the common good, and that Canada might have a foreign policy substantially independent of the US.

Canada and Venezuela both have very large oil reserves, but the similarities end there. Canada has a large, established middle class and high levels of individual material wealth, while Venezuela still has widespread, deep poverty and a tiny ultra-rich elite.

Looking at the records of the two countries since Chavez was first elected, it's easy to sympathize with Canadian elites. Looking at anything other than a twisted caricature of Venezuela must be a painful and confusing experience.

A few years earlier in 2007, Venezuelan authorities spent $56 million to convert a former penitentiary into a university. Since 2003, they have built thirteen new universities and established hundreds of campuses offering courses across the country. 187,000 people have graduated from these tuition-free universities, which offer a range of degree programs. Notably, they teach the country's Indigenous languages.

A recent press release stressed the inclusiveness of the new network of universities. “Indigenous people, disabled persons, those of sexual and gender diversity; men and women who for a long time were excluded from the university subsystem today graduate with dignity, with humanity.” UNESCO now ranks Venezuela fifth overall in university enrolment.

Government-established "missions" have taught 1.75 million Venezuelans how to read since 2003, leading UNESCO to declare the country an “Illiteracy Free Territory” in 2005.

Canada's Liberals and Conservatives have been cutting arts, publishing and filmmaking budgets for years. In Venezuela, the government is building a film studio, increased funding for cultural activities, and has established bookstores in most cities where a variety of books can be bought for a few pennies, making them accessible to the poor.

Canada recently eliminated the successful Cooperative Development Initiative. Venezuela has financed the creation of tens of thousands of worker-owned enterprises, and has supported factory occupations, land reclamations and democratization of workplaces.

Canada does not label Genetically Modified foods, despite polls showing that 80 per cent of Canadians favour such labels. Venezuela banned GM crops in 2006.

Canada has the highest emergency room wait times in the developed world and its health care system faces a war of attrition fed by attempts at privatization. Venezuela is rapidly expanding health care services to the poor, and is training thousands of new doctors with assistance from Cuban medical schools.

Mounting evidence shows that Canada's most recent federal elections involved significant fraud which may have affected the outcome of the election, though no one has yet been punished or held accountable. In Venezuela, governments with healthy margins of victory have instituted a network of over 19,000 neighbourhood assemblies, to which billions of dollars have been disbursed to help fund local projects managed by the democratically-run assemblies.

So why can't Canada have similar benefits?

It starts with economic choices. Canada subsidizes oil and gas - one of the country's most profitable industries – with $1.4 billion per year in federal tax breaks. Venezuela has raised its royalty rates from 1% to 33%, and has increased tax rates. Oil-rich Alberta, by contrast, charges a 1% royalty for extraction projects until all capital costs are paid off, which amounts to a massive secondary subsidy.

It's hardly controversial to say that oil companies run the government in Alberta, and now the Federal Government. Many Albertans are strangely proud of the extent to which they give away their natural resources. Few bother to argue that it couldn't be different. In Venezuela, oil companies regularly are forced to pay higher taxes, or have their assets seized, but they keep coming back as long as the oil is flowing.

Canada's brief attempt at a state-owned oil company, PetroCanada, was privatized in 1990 and bought by tar sands giant Suncor in 2009. Venezuela's national oil company, PDVSA, has provided the revenues for most of the projects listed above. PDVSA has also instituted participatory decisionmaking in many of its workplaces, and supports many worker cooperatives through contract work.

Omission is the principle technique Canadian media have used to cast Chavez as an authoritarian. For example, when the CBC recently reported that Chavez's government did not renew the broadcast license of a major TV station, they left out the fact that this TV station had been a significant backer of a military coup that temporarily removed Chavez from office in 2002. In 2003, the "opposition," as they are charitably referred to, staged a managers' strike at PDVSA, crippling the country's economy for months.

Would a military coup and economic sabotage be tolerated in Canada? In fact, Conservatives and Liberals alike have been clear that these sorts of activities, should they occur, are terrorism.

Canada does not have to contend with military coups or elite-led economic sabotage. Hopefully it won't have to. But given that we don't have to worry about anything like that, what's to stop us from doing some good with the wealth we're currently giving away to the ultra-rich? The first step is to think the unthinkable.

Dru Oja Jay is co-author of Paved with Good Intentions: Canada's development NGOs from idealism to imperialism, and writes frequently for the Media Co-op, where he is an editor-at-large. He lives in Montreal.