Violent, sexualized targeting of Asian women has been happening for over a century, in both the US and Canada. Ending this requires fighting for Asian sex workers' labour rights and status for all.
by
Sophie Jean 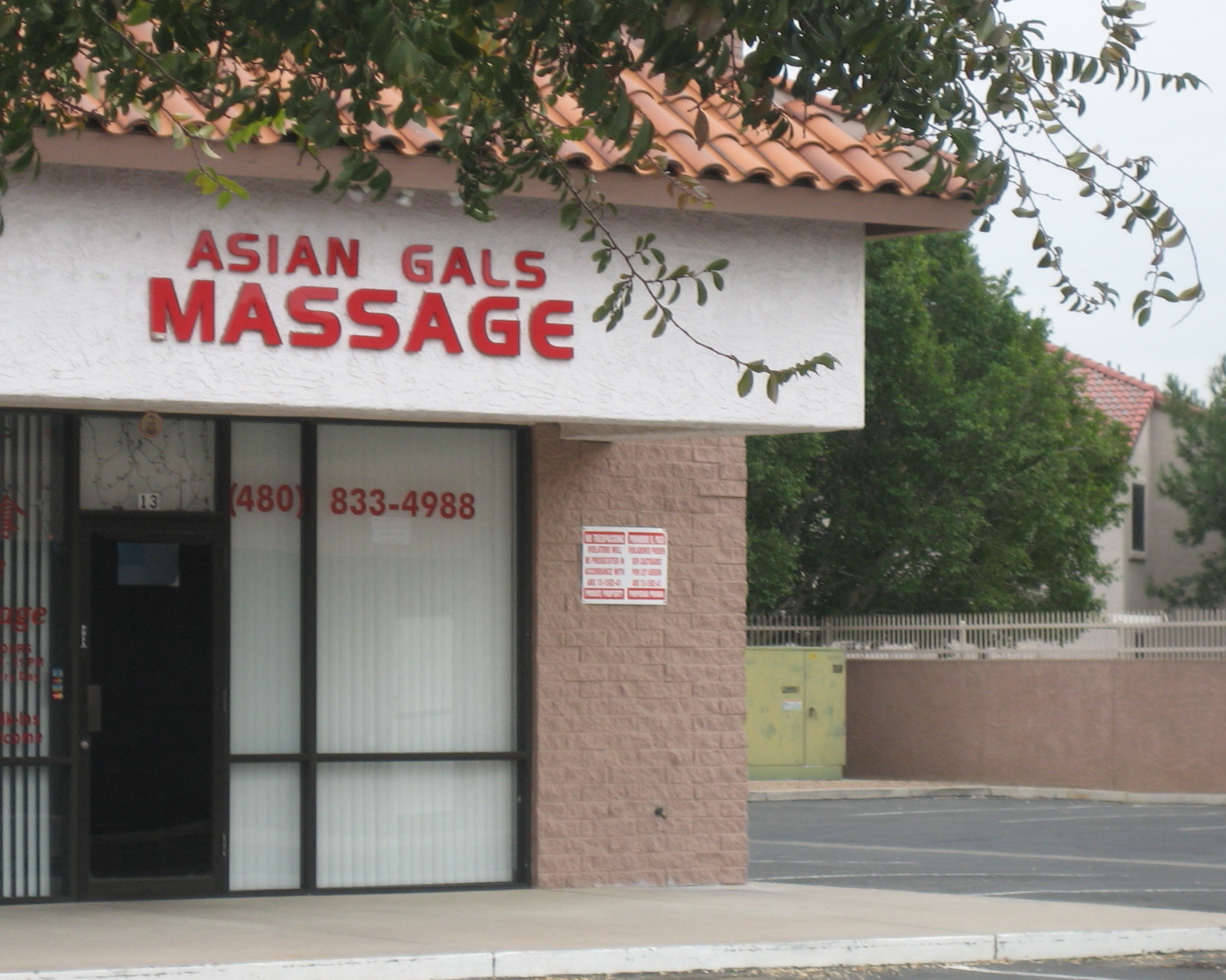 The devastating shooting by a white man in Atlanta last month claiming the lives of eight people, six of whom were Asian women, has put a spotlight on the conditions that make Asian women, particularly Asian sex workers, vulnerable to violence.

As any Asian woman or femme will be able to tell you, there is a distinctly predatory male gaze that follows us. The first time I was cognizant of being fetishized, I was 16 and at an Irish pub in Montreal. I watched as the white male bartender methodically hit on every East Asian woman in the room, until he turned his eyes onto me. Ten years later, I still won’t step foot in that bar.

The roots of this type of treatment run deep. Over a century of Western imperialism in Asian nations, legislation persecuting Asian women’s sexuality, and perpetuation of stereotypes about Asian women have culminated in the overrepresentation of Asian women in pornography, the mail-order bride phenonmenon, the Asian festish, and sexual violence against Asian women.

Asian women and femmes are simultaneously desexualized and hypersexualized. We’re not seen as having sexual desires of our own, nor any agency over our own bodies, but rather are seen as objects to be regulated, policed, and used in service of male desires.

Stereotypes about Asian women lacking agency continue to undermine Asian women’s economic security and plague Canadian immigration and sex work legislation, which act to both invisibilize and surveil us, pushing us further into the margins. Let’s be clear, not all sex workers are Asian, but the criminilization of sex work is inextricably linked with anti-Asian sentiment.

After he was apprehended by law enforcement, the Atlanta gunman told police that the attack wasn’t racially motivated, but rather an attempt to eliminate the temptations elicited by his “sexual addiction.”

The perception of Asian women as sexual temptresses at fault for causing a moral contagion among white men is the result of numerous Western imperialist exploits in Asian countries, particularly the Philippine-American War (1899-1902), World War II (1939-1945), and the Vietnam War (1955-1975). In order for Western colonial pursuits to be successful, they first needed to apprehend control of Asian women. As Edward Said describes, “[w]hen women’s sexuality is surrendered, the nation is more or less conquered.”

In the late 1800s, the Philippines revolted against Spanish inquisition. The United States arrived to help defeat the Spanish, and then announced it intended to annex the Philippines. As the Philippines’ resisted American colonization, a booming sex entertainment industry appeared on the islands to cater to American soliders, and the islands remained under American control until 1946.

During Japan’s imperialist exploits in East Asia between 1932 and 1945, Japan enslaved women and girls from South Korea, China, the Philippines and elsewhere to be “comfort women” in service of Japanese soldiers. After World War II, in an attempt to impede Japanese imperialism, American troops flooded Japan. Japan surrendered to the United States, and set up a similar “comfort women” brothel system for American troops. U.S. authorities allowed the brothel system to run knowing that the women and girls were enslaved into prostitution.

During the Vietnam war, the U.S. signed agreements with Thailand, Hong Kong, and the Philippines in which these governments agreed to provide “Rest and Recreation” stations for American soldiers. After the Vietnam War ended, there was a campaign targeting white men to sustain Thailand’s sex industry, and it remains a popular destination for sex tourism today.

Canada was a reliable and complicit ally of the United States in many imperial wars in Asia, including: the Second World War (1939-45), causing the internment of Japanese Canadians; the Korean War (1950-53); and the Vietnam War (1955-1975). Canada has called on the Japanese government to issue “a formal and sincere apology” to enslaved “comfort women”, a hypocritical call to action considering Canada’s role in supporting the United States’ imperial wars in Asia.

At the end of each war, American and Canadian soldiers returned home with these brothels as their primary and perhaps sole encounter with Asian women. They brought home with them the notion that Asian women are hypersexualized, docile, and always willing to comply with the white man’s demands, a narrative that continues to fuel violence against Asian women today.

Perceptions of Asian women’s sexuality as immoral in comparison to white women’s has resulted in the legislation and persecution of Asian women in North America since the first wave of Asian migrants.

In 1874, a lawsuit began over the detainment of 22 Chinese women who were accused of being “lewd and debauched” after arriving in San Francisco from Hong Kong. The following year, the United States enacted the Page Act, effectively banning women from “China, Japan or any Oriental country” under the assumption that Asian women were all sex workers.

In Canada, Asian existence has been regulated since the arrival of the first wave of Chinese immigrants during the gold rush of 1858. Between 1895 to 1950, there were over 175 anti-Asian laws, including the Chinese Head Tax, Japanese internment camps, the Chinese Exclusion Act, the Komagata Maru incident (exclusion of Indian immigrants) and the Electoral Franchise Act, which denied  the right to vote for Chinese Canadians.

During the Chinese Head Tax and Exclusion years, the Canadian government was especially concerned with the morality and health of Chinese people, denying entry to any Chinese immigrant “who is suffering from leprosy or from any infectious or contagious disease, or to any Chinese woman who is known to be a prostitute.” At the same time, the media was describing Chinese women as “ syphilitic women luring white men to eternal damnation”. With common tropes painting all Chinese women as diseased and potential sex workers, the government could justify the exclusion of Chinese women to legitimate immigration.

The government has always tried to legislate Asians out of existence in Canada. Today, this agenda takes the form of  lengthy and discriminatory immigration processes, and the incessant surveillance, policing, and criminalization of sex workers.

Asians have always been a vulnerable, disposable labour force in Canada, beginning with the gold rush and construction of the Canadian Pacific Railway. Stereotypes about the docility of Asian women continue to make us vulnerable to labour exploitation, particularly in low-paying, feminized work, like housekeeping, child care, and esthetics. Compounded with the criminilization of sex work and precarious migration status, Asian migrant sex workers have been forced into a particularly precarious existence.

Since the shooting in Atlanta, many Asian groups and feminists have highlighted the violence Asian women face as a result of hyper sexualization and fetishization. While it is important that we actively challenge these stereotypes, we must remember that massage parlor workers were targeted not only because of racism, sexism, and classism, but also because of the overpolicing and criminalization of sex work.

Over a century of Western imperialism, a heavily legislated existence in Canada, and dangerous stereotypes have produced racialized and gendered power dynamics aimed at removing Asian women and femmes of agency over our own bodies and sexualities, thus justifying over-policing and criminalizing sex workers.

In fighting violence against Asian women and femmes, we need to do so in a way that doesn’t reinforce whorephobic, moralistic views of sex work. As SWAN, Butterfly, the Chinese Canadian National Council Toronto Chapter and Elimin8hate explain:

“The idea that migrant communities do not have the agency to make decisions over their own economic security and if they want to sell or trade sex, is based on a stereotype about Asian women not having agency. The idea that women who do sex work also do not have agency is another stereotype that we need to challenge.”

Current laws criminalize sex workers for speaking out publicly, working with managers, drivers, security, partners, interpreters and each other, and from advertising services with a third party. Because of this, sex workers can’t obtain important information from clients or fight for better working conditions. They also risk being evicted from their apartments or commercial workplaces since they are engaging criminalized activities. Additionally, sex workers who are migrants have to contend with the looming threat of deportation.

As Elene Lam, the executive director and a founder of Butterfly: Asian & Migrant Sex Worker Support Network, puts it, “Instead of challenging the sexualization of Asian women, we should challenge the power relations behind the stereotypes. We need to recognize that many Asian women (including trans women) are not passively sexualized objects, and many Asian women, in particular poor, migrant sex workers, are using this sexualization and fetishization to resist oppression, to access power, resources, social status and immigration status. Sex work is one powerful way to flip the power, ending sexual and racial subordination.”

Asian migrant sex workers are using the hypersexualization and fetishization of Asian women to escape the stain of over a century of white sexual imperialism, dangerous stereotypes, and immigration and sex work legislation steeped in anti-Asian sentiment. If mainstream anti-Asian racism movements want to succeed in their campaign against racialized and gendered violence against Asian women and femmes, we need to center Asian migrant sex workers by fighting for labour rights and status for all.