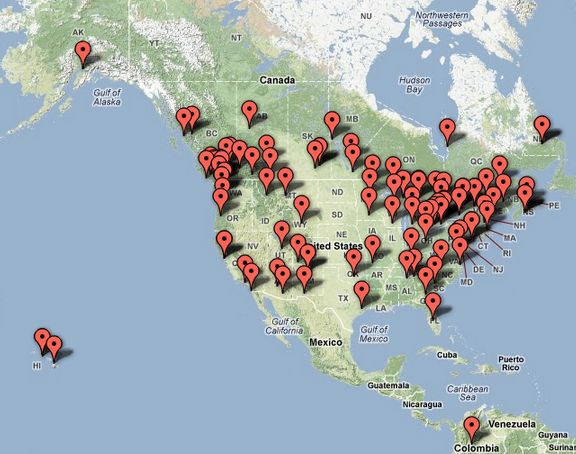 On January 11th over 130 events will be taking place across the world as part of the Idle No More movement. The protests, flash mobs and teach-ins are being held as the Prime Minister Stephen Harper meets with First Nations chiefs, including the chief of Attawapiskat, Chief Theresa Spence, who will be entering the 32nd day of her hunger strike.

The Prime Minister agreed to the meeting after a large and escalating series of solidarity actions, protests, blockades, and Spence's high profile hunger strike. Spence is waiting to see the outcome of the meeting before deciding if she will lift the hunger strike.

An "IdleNoMore Global Day of Action, Solidarity & Resurgence" has been called for January 11th.

"As only a few AFN-determined representatives will be chosen to participate in the meeting with Harper, it will be important to show that the rest of the movement stands united with one voice, that it is not going anywhere, and that we here to demonstrate the strength and resurgence of our nations," reads the call to action that was posted on facebook.

Over 6000 people have already said they will attend on Facebook, and an online form of actions lists over 130 events that will be taking place around the world, although the actual number may be much larger.

More information is available at j11action.com

The following is a map of Idle No More events taking place on January 11th:

To add an event to this map visit this spread sheet and add your event. I will perodically update the map.

I have included more information on how this map was created in this blog post. It also explains why some events on the spreadsheet are not included on the map.

Tim Groves is an investigative researcher and journalist based in Toronto. He can be reached at timgrovesreports [at] gmail.com and tweets @timymit.   For more information on his work visit http://timgrovesreports.wordpress.com.