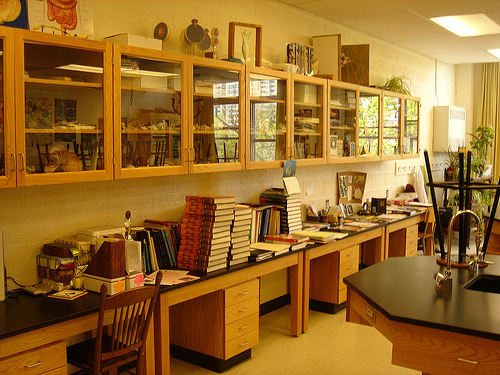 Media Co-op journalist Miles Howe was arrested for the third time on November 26 while covering resistance to fracking in Elsipogtog, New Brunswick. He was released the next day without charge, but his equipment was confiscated by police. Elsipogtog First Nation elder Lorraine Claire was also arrested while protesting against shale gas exploration in mid-November. She says she was beaten and humiliated by the RCMP. Five others were arrested November 29. Four Mi'kmaq warriors arrested in conjunction with the RCMP raid of October 17 are still being held. One of them, Germain Breau, was held in solitary confinement until November 24.

BC Premier Christy Clark got a surprise on November 3 when a fracking rig went up on her front lawn in Kitsilano, Vancouver. “Construction workers” who put up the mock rig said they were certain Clark would be happy to share some of her own water supply, “so that she can see the boom in the industry she keeps promoting.” Just days later, Christy Clark reportedly signed a “framework agreement” with Alberta Premier Alison Redford, as part of the Northern Gateway Project to allow new pipelines in BC.

A group of homeless people defended an ongoing tent camp called Dignity Village, held by about 40 people in a public park in Abbotsford, BC. In existence for over a month, the camp was served an eviction notice by the mayor in late November. Earlier this year, officials were reported to have dumped chicken manure on a similar camp, in order to force out the inhabitants. Members of the group are now launching a human rights complaint against the City of Abbotsford.

In Montreal, 41-year-old Donald MÃ©nard was killed by Montreal police on November 11. A vigil was held on November 25.

Not far away, as part of a National Day of Action against pipelines, protestors gathered at “Oka Park,” KanehsatÃ :ke Kanien'kehÃ¡:ka territory. The gathering rejected pipelines and ongoing colonialism on Indigenous territories in Canada and elsewhere.

Housing activists at a Toronto rally to mark National Housing Day called for a National Housing Strategy. “We need a plan funded by the federal government to end homelessness in Canada because housing is a right,” said Yutaka Dirks, of the Advocacy Centre for Tenants.

Vancouver Coastal Health (VCH) has terminated the contract of the West Coast Mental Health Network, one of the few peer-run mental health organizations in British Columbia and the only one in Vancouver. While the support network has lost 95% of its funding, VCH appears to be bolstering its Assertive Community Treatment program, which administers psychiatric medications in a way that critics say is coercive.

The Centre for Gender Advocacy announced that, together with the Clinique Juridique Juripop, it plans to sue the Quebec government, seeking to overturn Article 71, which forces trans people to have surgery before their chosen gender identity is recognized by the government and denies non-citizens the right to change their official gender. Being required to undergo surgery and to be an adult in order to change one’s gender officially is “a direct harm to trans people, and an obvious discrimination based on sex,” said Gabrielle Bouchard, the Peer Support and Trans Advocacy Coordinator at the Centre for Gender Advocacy. Requiring Canadian citizenship is also “a strong barrier to the integration of these people in Quebecois society,” she said.

November 28 marked the one hundredth day of sanctuary for Khurshid Begum Awan, a refugee from Pakistan who is defying a deportation order. “I want justice for myself and my family. I am hopeful that Immigration Canada will give me status and will bring back my husband,” Awan said.

Also on November 28, Irving Shipyard Workers in Halifax walked off the job on after learning that a co-worker had committed suicide. Many of the workers felt that the suicide was directly related to disciplinary action by management, which they said amounted to harassment and bullying.

The CBC reported that Canada's prison population hit an all-time high, while people of colour make up 75 per cent of those imprisoned, a quarter of prisoners are Indigenous, and the incarceration of Indigenous women jumped by 80 per cent over the past decade. “[Black and Indigenous people] are over-represented in maximum security institutions and segregation placements. They are more likely to be subject to use-of-force interventions and incur a disproportionate number of institutional disciplinary charges. They are released later in their sentences and less likely to be granted day or full parole,” said Correctional Investigator of Canada Howard Sapers.

In Honduras, a presidential election tainted by fraud saw the ruling National Party win. The election was a disappointment to supporters of Libre, a new left-wing party formed in the Central American country following the 2009 military coup.