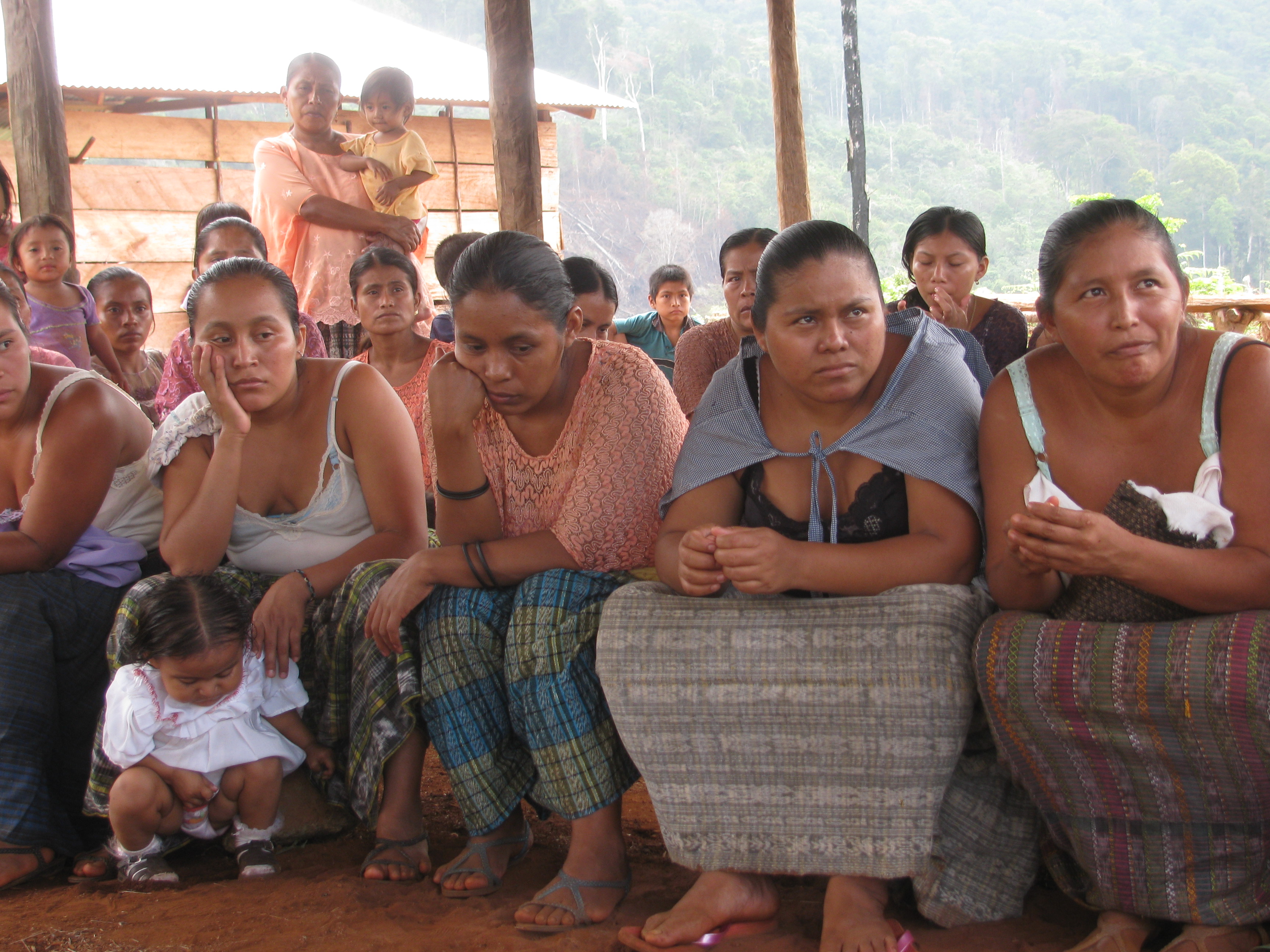 Note: Federal members of Parliament will be voting on Bill C-300 this Wednesday, October 27. The Op-Ed below describes the unfortunate situations that make this bill necessary. If you make one phone call to your MP this year, do it today and ask them to vote “yes” to Bill C-300. Find your MP and their contact info here. For more information on the bill, see my earlier post on the subject.

It takes over 2 hours of trekking up the side of a lush, forested mountain to get to Lot 8, an indigenous community of 100 families in Eastern Guatemala.

This is not a part of the world where one should traipse about with a Canadian flag patch sewn onto one’s backpack. Being mistaken for an employee of a Canadian mining company here could result in one being attacked or kidnapped, a fate Steven Schnoor, a Canadian student, only narrowly escaped a few years ago.

Lot 8 is one of far too many communities around the world that has been scarred by Canadian companies acting violently and with complete impunity. They, and their Canadian allies, are determined to prevent it from happening again.

Few Canadians know that over 60% of mines worldwide are owned by companies headquartered in Canada. They produce gold, copper, silver, and, in Eastern Guatemala, nickel.

Back in the 1960s, Inco was the first Canadian company to establish nickel mines in Eastern Guatemala. Although mining in the region stopped in the 80s, in line with a drop in nickel prices, Canadian companies recommenced exploration activities ten years ago. HudBay is the most recent in a series of Canadian companies to own the mining concessions and mineral rights in the area.

When I spoke with the people who live on the land that has been delineated as Lot 8, they shared a very different perception of Canadian mining companies than that which our government would have us hear. They spoke not of opportunities for community development or of companies on the “leading edge in applying best practices of corporate social responsibility,” as Federal Cabinet Minister Peter Kent boasted, but of violent evictions and fearing for their lives.

On January 9, 2007, hundreds of heavily armed soldiers, police, and company security guards entered the isolated community. All of the community’s homes were burned to the ground; all personal property, livestock and crops were either destroyed or stolen.

“This was my grandparents’ land. I never thought I’d get evicted from here,” said Daniel, the elected President of Pro-Tierra, a committee that has been established to try to negotiate with the company. “They were shooting bullets, real bullets. Tear gas was everywhere. We had no idea what it was; we’d never experienced it before.”

With nowhere else to go, and no contact with the outside world, the community of Lot 8 set about rebuilding their huts and salvaging any remaining crops. Just eight days later, the armed soldiers, police and security guards returned, and once again destroyed all that the community had.

“We had heard about the other evictions of nearby communities that the company was doing, but we almost couldn’t believe another one was happening here,” said Elena Choc Quib, a mother of seven.

When I met with a few of the women from the community, separate from the larger group gathered, I learned that, during this second eviction, company security guards, the soldiers and police had also gang-raped and beaten at least six women. Three of those women, who were pregnant at the time, lost their babies.

Elena was one of these women. “I couldn’t get up after the eight men who attacked me had left. I was eight months pregnant at the time and I kept yelling at them ‘why are you doing this? I’m pregnant!’”

Irma Yolanda Choc Cac says she will always be haunted by the faces of the twelve men who raped and beat her. Some were police officers and soldiers, and others were employees of the Canadian mining company. “Despite my fear and the danger, I remain strong and I am telling this story because we are still waiting for justice to be done.”

Given the involvement of the army and the police in the violent crimes perpetrated on the community of Lot 8, it is of little surprise that no arrests or investigations have yet occurred in Guatemala. Canada, for its part, has no regulations in place concerning the actions of its companies overseas. This legal void stands in sharp contrast to the US and many European countries who have a variety of measures in place to assure that their companies are not fundamentally abusing the human rights of citizens in other countries.

HudBay is not the only Canadian mining company taking advantage of this state of impunity. Goldcorp, also operating in Guatemala, has recently had their gold mine suspended for a year so that independent investigations of environmental damage and human rights abuses can be carried out. Barrick Gold, the largest gold mining company in the world – also Canadian – has itself admitted that its own security forces have killed at least eight villagers around its Porgera Mine in Papua New Guinea. A number of investors, as well as Norway’s national pension plan, have divested in the company as a result of this and the environmental degradation caused by the mine.

Knowingly or not, Canadians are complicit in the actions of our mining companies overseas. Both the Canadian Pension Plan and the Caisse are major investors in the extractive industry, and specifically in HudBay. And the same applies to virtually every investment portfolio and bank. And the government invests our tax dollars in the extractive industry through government bodies like Export Development Canada and the Department of Foreign Affairs and International Trade.

Encouragingly, more and more Canadians are taking notice. The issue was recently highlighted in an hour-long special on W5. And in just a few days, Bill C300 will come to a final vote in the House of Commons. The bill aims to increase the accountability of the Canadian extractive industry by regulating government investment in Canadian mining companies overseas. It will establish eligibility criteria and a complaints mechanism to ensure that government funds do not go to companies in gross violation of international human rights standards.

Mining company representatives are calling the bill “a threat to Canada’s status as a world leader in global financing,” and warning that it will “damage the image and reputation of Canadian mining companies with governments around the world.” In contrast, some nonprofits working to assure the human rights of those impacted by Canadian mining companies argue that it will actually “perpetuate effective immunity from legal recourse in Canada.” Such company reactions seem curiously overblown given that the Bill will only impact companies that are found to be violating international human rights and environmental standards. If their own Corporate Social Responsibility measures are truly as strong and robust as they insist, then surely they have nothing to worry about.

And in response to nonprofits’ claims that this bill doesn’t go far enough, I have to agree with Michael Savage, a Liberal MP, who said:

“We have to keep in mind that we have to present a bill that can actually pass the House. We want to make a difference; we do not just want to make a point. We cannot let perfect be the enemy of better. This bill will make things better.”

It is simply unacceptable that violence and impunity is becoming the status quo for Canadian companies’ operations overseas. As Canadian citizens, we share the burden of responsibility for what has happened to Elena, Irma, and countless individuals whose stories have not yet been told in Canada. It is time for us to begin the long process of making things better.