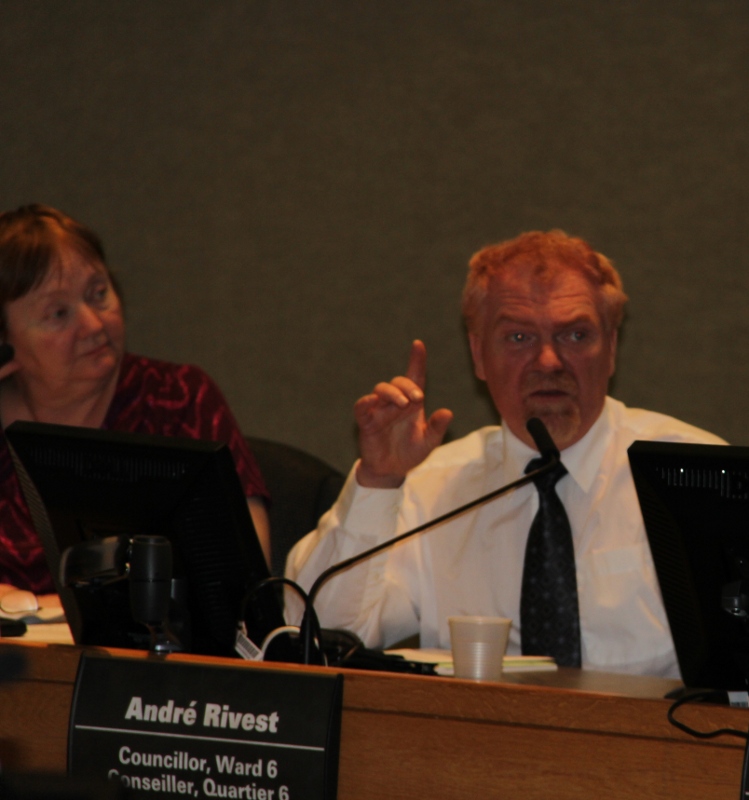 Food is a growing concern. Greater Sudbury is beginning to take more seriously the growing and processing of a greater proportion of its own food supply, senior city planner Kris Longston said.

Four city councillors agreed, after Longston described a surging grassroots movement lead by the Eat Local Sudbury Co-operative, the Foodshed Project, and the Social Planning Council that has been inspiring residents to exchange seeds and to plant gardens at home and in community plots, while engaging youth, seniors and financially challenged individuals. This movement he called “urban agriculture” differs from traditional agriculture in that it is smaller scale, transferable to most of the city as opposed to requiring farmland, and requires much less capital to initiate.

Longston was speaking to a city council planning committee March 4 at Tom Davies Square. “Food is a key part of the daily lives of all Greater Sudburians,” he remarked. “Local food systems and by extension local food security, are issues that have been gaining traction in North America for several years.” He said it plays an important part in supporting community economic development, promoting health, conserving the environment, and enhancing community diversity.

For example, he noted that $270 million is spent on food in the local economy annually, including $212 million in local stores and $57 million in restaurants. So far, the percentage of that coming from the nearby area is minimal. However, he pointed out that if such factors as climate change cause an increase in food prices as crops suffer the consequences of a changing climate, or rising oil prices up transport costs, then local residents may pay a lot more for food transported from afar in coming years.

He said traditionally the city, in its Official Plan, only paid attention to conventional agriculture and did not take into consideration the growing emphasis on local food systems in both rural and urban areas, including food processing, community gardens, and even greenhouses springing up in some municipalities. He noted that the number of community gardens has jumped from five to 17 since 2009. That prompted Ward 4 city councillor Evelyn Dutrisac to say that the province is showing more interest in the food producing possibilities in Northern Ontario and that greenhouses, for example, could enhance that government policy initiative.

“This (food discussion) is extremely important,” Dutrisac remarked. Her ward includes a large number of Greater Sudbury's rural residents but also the Donovan, an urban area. She agreed a lot of people do cultivate food for their families and that this plan would encourage families to grow more food. “I am glad to see this in the Official Plan,” she said.

However, Ward 6 Coun. Andre Rivest was concerned that raising chickens in residential backyards could be a problem for some. “That is because I see a lot of public resistance for chickens,” he said, implying that homeowners with high-value houses in residential areas might fear property value drops. He advised Longston to make sure chicken raising was clear in any public meetings. “That is a detail you have to highlight,” he stressed.

Both planning committee chair Ward 7 Coun. Dave Kilgour and Longston cautioned Rivest that the presentation was only an information item and that public consultations would have to take place before this new local food systems emphasis would be placed in planning documents such as the Official Plan. For his part, Kilgour asked how much food the city could grow for its population, considering the hydro commission he sat on was thinking similar thoughts about energy production in the future. Peggy Baillie, manager of Eat Local Sudbury Co-op, said that for a major shift to happen, it would require more support for prospective producers, whether in the private or not-for-profit sector.

Dutrisac inquired of Longston if the provincial ministry of agriculture was interested in funding more food production in the north. Longston said that and other possible funding could be flushed out as part of a local action plan initiative to take the new proposed policy direction further. Ward 9 Coun. Doug Craig asked if the city still had enough land left for food production considering all the requests he has heard for more topsoil removal from farms. Dutrisac said there is still the agricultural reserve and that with new technology involved in greenhouse production that other lands could also be made available for food production.

Some policy options for the Official Plan in Longston`s report included:

Longston said planners would take what they heard from councillors and from the public consultations they had engaged in recently and do more research before bringing the report back to the full council in the fall. For more information on the report go to the city`s website and go to the planning department for the document on the date presented, March 4, 2013.

As a note, there is a new Food Policy Council that has just begun to further what Longston has stated in his information report. Peggy Baillie, manager of Eat Local Sudbury Co-operative, co-chairs this group with Aaron Dent. Baillie can be reached at the Eat Local storefront on Larch Street across from Tom Davies Square or via http://www.eatlocalsudbury.com/. She and EarthCare Sudbury are asking residents to sign a post card demanding that the Ontario Ministry of Agriculture, Food and Rural Affairs do more to support raising chickens in the north. This includes demanding increased small flock exemptions, and more infrastructure and marketing for the north.

Bill Bradley is a local writer and has gardened organically for 31 years in Sudbury and Toronto. Visit him at www.northernpecan.ca.