Police-Involved Deaths in Canada During April 2021

Police-Involved Deaths in Canada During April 2021 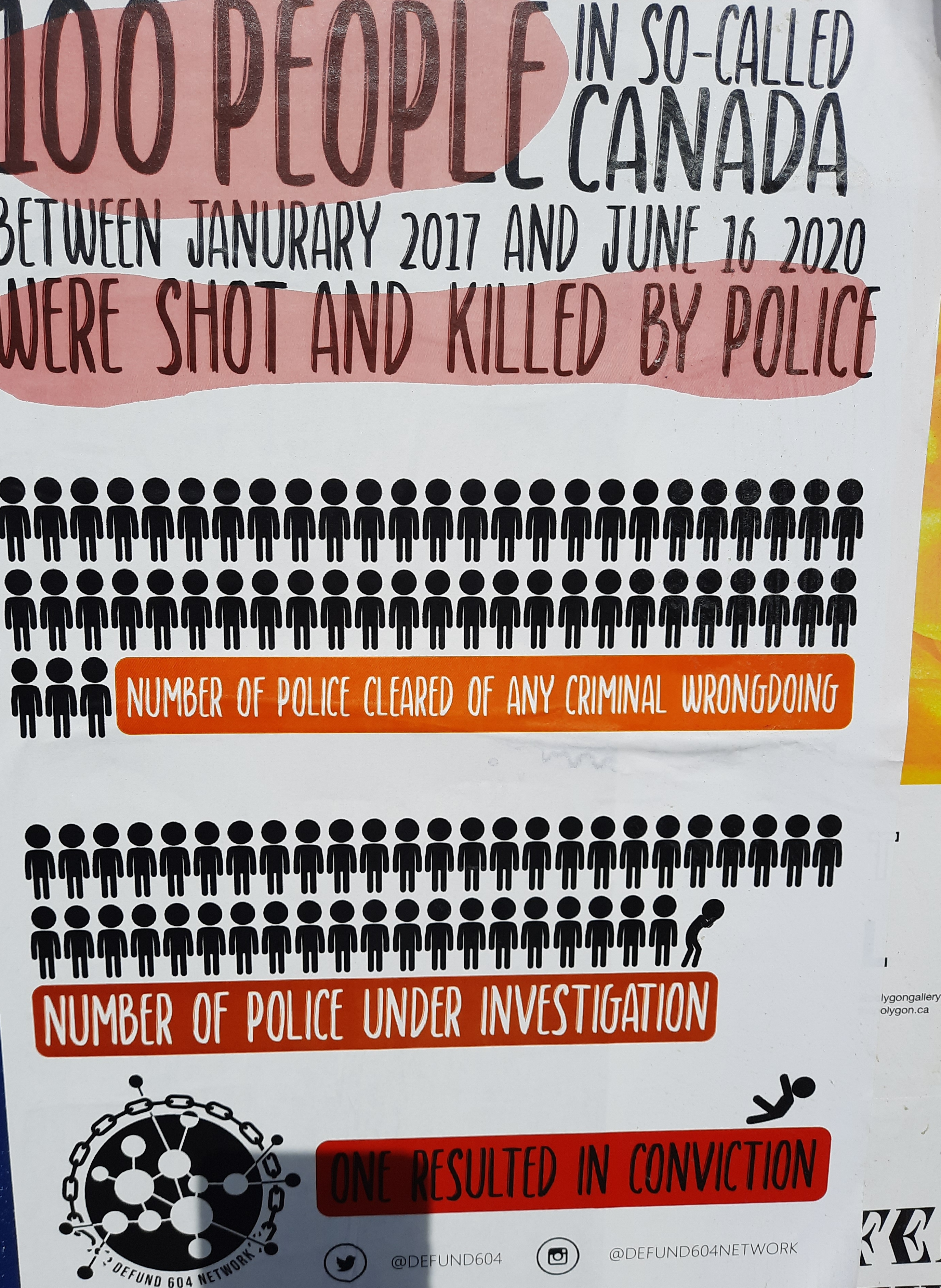 At least six people died through some sort of direct interaction with Canadian police in April 2021. This follows a deadly March, in which at least five people died through interactions with police. There were at least nine police-involved deaths in February and at least seven in January. There is no formal and systematic record-keeping of police-involved deaths in Canada, but my own work documents the following deadly police actions in this year’s fourth month.

Rocky Mountain House RCMP (Alberta) shot and killed a 24-year-old man on O’Chiese First Nation on April 3. It has been reported that RCMP officers responded to a complaint of a disturbance at a residence at around 9:37 AM.  Outside the home, officers interacted with a man who went back inside and closed the door. It is alleged that the man had outstanding warrants and police claim they secured the area and sought a warrant to enter the home. At some time during this period, the man exited the home and some type of “confrontation” allegedly occurred, during which the man was shot and killed. He was pronounced dead at the scene. None of the claims made by police have been confirmed publicly.

The Special Investigations Unit (SIU) is investigating the death of a 56-year-old man in the early morning of April 5, in Toronto. The SIU reports that at around 1 AM, Toronto Police Service officers entered an apartment unit on Sherbourne Street, near Dundas Street East, to execute a search warrant. Shortly after officers entered the unit, the man went into medical distress. EMS transported the man to hospital, where he was pronounced dead at 2:44 AM.

On April 6, Ontario Provincial Police (OPP) officers shot and killed a 43-year-old man in Cramahe, in the area of County Road 25 and Tobacco Road. According to the SIU, OPP officers were sent to the area of County Road 25 and Tobacco Road in response to someone reporting that “a man was sitting in his parked car and yelling at people,” at around 10:15 AM. After two interactions with a civilian, police deployed an Anti Riot Weapon ENfield (ARWEN) and Conducted Energy Weapon (CEW) against him. Then two officers discharged their firearms, striking and killing the man.

The SIU is investigating the death of a 16-year-old boy on April 5, in Timmins, Ontario. The SIU reports that Timmins Police Service officers were dispatched to an address in Timmins for a youth in medical distress at around 12:45 AM on April 4. They claim that the youth was observed to be in an agitated state and officers restrained him. On the way to the hospital the victim went vital signs absent. He was pronounced dead at 10:35 AM on April 5.

There were two other civilian deaths in April, 2021, involving police actions that occurred under questionable circumstances and about which little information is available.

Quebec’s Bureau of Independent Investigations (Bureau des enquêtes indépendantes, BEI) is examining a police-involved death in April that has raised many questions with few answers at this time. This tragic event involves the death of a 41-year-old man who was found outside a police station in Kuujjuarapik, a community in Nunavik, after having been in police custody. The BEI reports that the man had been taken into custody by officers of the Eeyou Eenou police department on the night of April 20, allegedly for “breaking a bylaw.” The man was released the next day at around noon and witnesses reported that they saw him lying in the snow outside the police station for around an hour following his release. Those witnesses also claim that the police were aware of the man lying outside the station but did not do anything to check on his wellbeing or to assist him. Witnesses say they took it upon themselves to help the man.

The man was later found to be seriously injured in the evening of April of 21. He was taken to a hospital in Montreal where he died on April 26.

The BEI is also investigating the death of a 53-year-old man who died in Drummondville while Sûreté du Québec (SQ) officers were present. The BEI reports that SQ officers arrived at a home in the city at around 11:35 AM to execute an arrest warrant. They claim that the man refused to leave his residence. SQ officers left to secure a warrant to enter the home, with one patrol car remaining near the building. A short time later, smoke was observed coming from the residence. When firefighters extinguished the flames and entered the dwelling, an unresponsive man was found inside. He was taken to hospital where he was pronounced dead.

While there is still much to find out about this situation, it is not uncommon for people to be brought to extreme crisis by the presence of police.