'Soldiers Of Odin' Active In Regina

'Soldiers Of Odin' Active In Regina 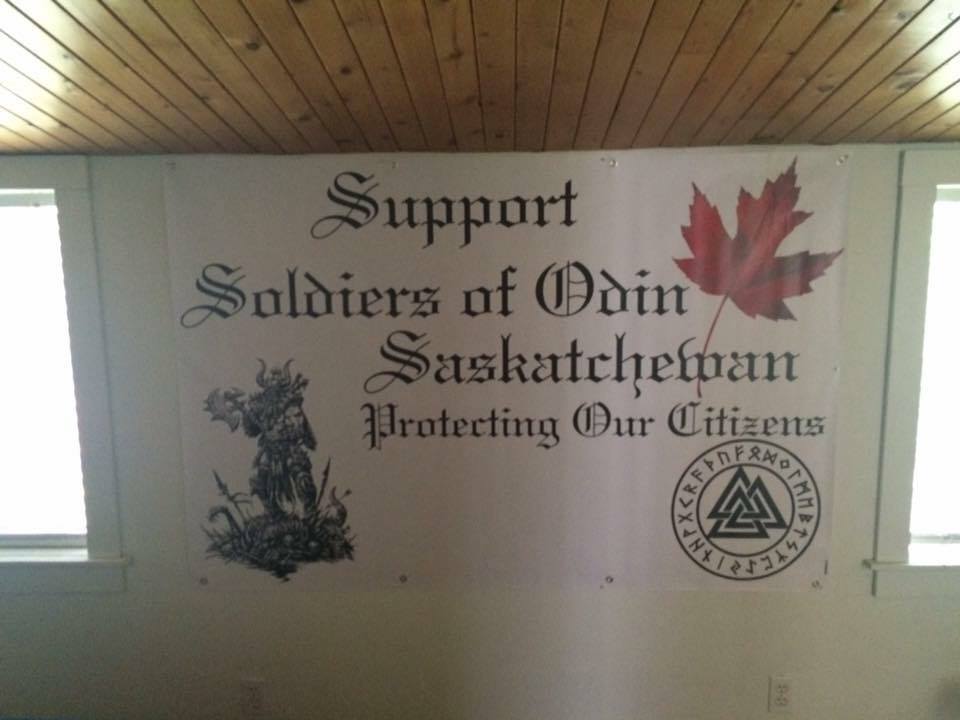 So today several media outlets announced the existence of Regina's own 'Soldiers Of Odin' squad. Since earlier this summer, they have been 'patrolling' Wascana Park. Since very little crime of any kind happens in Wascana Park, it's no suprise nobody's mentioned them until now.

The original Soldiers Of Odin group was started in Finland in 2015 by neo-nazi Mika Ranta, as a response to the dramatic increase in middle eastern refugees to northern Europe.

Mika Ranta has been charged with assault on more than one occasion, most recently receiving a suspended sentence for aggravated assault.

Since Soldiers Of Odin was founded, chapters have spread around the world wherever anti-immigration hysteria has carried.

According to news reports, Regina's new chapter has 10 active members, and Saskatchewan has around 50 active members around the province, mostly in Estevan.

The establishment of a Soldiers Of Odin branch in Saskatchewan is a well expected and not-suprising outgrowth of an anti-refugee mindset largely based on anecdotal evidence and sensationalized news headlines from other parts of the world, amplified and promoted locally by people like right wing radio host John Gormley.

Media who are giving the group coverage have not provided any background, in-depth or otherwise, on the group members they mention. I decided to rectify this with some quick research of my own, entirely from sources available to the general public. I just googled their names and their home towns and it all popped into place.

The individuals involved in the Saskatchewan Soldiers Of Odin branch are an interesting bunch of charactars, mostly young, rural working class, in their mid to late 20s, with a mix of criminal histories.

I recognized the name of the Regina chapter's president in the news report and had to double check to make sure it was the same person. It was.

A quick scroll down his facebook feed show his love of the 'redneck' aesthetic, especially the confederate flag.

I confirmed from pictures scrolling posts that he's the same person who was sentenced in 2014 for an armed robbery he committed in 2011, though there's not specific mention of the crime itself on his feed, but many posts about awaiting his sentencing hearing, leading up to April 2014 when he his sentenced and then the next post is in October 2014 when he begins day parole.

Glancing at other dedicated patriots fighting crime around the province, Lloydminster's SOO chapter is led by Branden Kennedy, a former gangster who was part of an armed stand-off with RCMP in 2012.

The Saskatchewan branch is based out of Estevan, founded by Travis Stovin and David Tierney. This is the same Travis Stovin who assaulted a fellow passenger in a taxi in 2013.

David Tierney had some drug charges from 2009, but nothing violent in his history from what I could find.

It appears that Soldiers Of Odin's Saskatchewant branch is more of a historical society that centers on an enjoyment of the 'racist aesthetic', the trappings of historical racist groups and modern militia groups, combined with play-acting 'patrols' of parks and other places where nothing is happening, minor publicity stunts and do little for their cause but give the feeling like they are taking action.