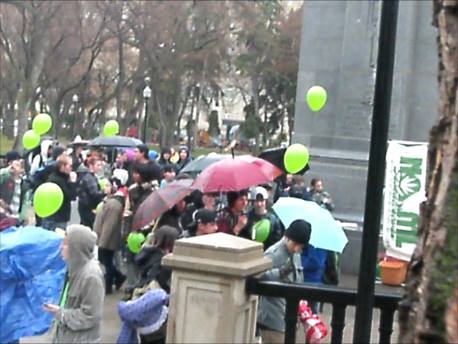 During his January 16th speech at the Regina Hilton Doubletree, a lecture entitiled 'Policing: The Past, The Present And The Future' for the Regina and District Chamber Of Commerce 2018 Luncheon Series, Regina Police Chief Evan Bray announced a future crackdown on cannabis storefront dispensaries that have opened around the city in recent months.

His 'concerns for public safety' are not shared by a majority of Canadians, according to many polls including the most recent Angus Reid Poll on the subject, which showed over 2 thirds of Canadians want cannabis legalized.

Unfortunately, this reflects a national trend as police across Canada have targetted dispensaries in many other cities, most notably Toronto, Vancouver and Montreal.

It is worth noting the bizarre argument Chief Bray used in an interview with the Leader Post, where he pretended the crackdown was about public safety.

"The chief said his primary concern is safety. Without the regulatory framework that will come with legalization, he worries that dispensaries might adulterate their products with stronger drugs.

“We’ve heard a couple horror stories about alterations that are being done to try and give you a little bit better high,” he said.

“Trust me, with fentanyl that’s going on in the province, the opioid crisis that we have right now, you don’t need alterations going to marijuana, because alterations could be lethal"

Evan Bray knows that the cannabis sold at the dispensaries, operating openly to the general public with packaged product bearing the name of their business, is not at all at risk of being 'altered', these problems happen almost entirely at the lower end of the gang dominated black market where the dealer's name is never mentioned and nobody can be held accountable for the end product.

In his interview with CBC, he went into what can only be described as an alarmist, possibly delusional argument where he begins by talking about concern for overdoses; "Overdoses and different challenges are things that we deal with in the drug world — and I realize marijuana is a little bit different when it comes to that but, again, safety is an important part of what we do, so that regulation piece is something that has to exist."

But overdoses aren't a problem related to cannabis, at all, it's not 'a little bit different when it comes to that', it's compltely not related to the discussion, yet somehow insists it's still relevant,

This is a clear example of an ongoing pattern, not only in Regina but across North America, of professional law enforcement deliberately making a problem worse in order to justify expanding it's own function.

Evan Bray made many alarmist, inconsistent and downright nonsensical anti-cannabis statements before, most notably in a July 26, 2017 CBC interview ,at one point he started talking about the violence resulting from the gang dominated black market, while he was also opposing the legalization plan that would render the gang dominated black market obsolete and make cannabis like other products that aren't controlled by gangs;  "We know that that underground [marijuana] market is very volatile, comes with firearms".

Knowing that, why would Evan Bray want to keep the underground market in control?

A long time volunteer for the National Organization For The Reform Of Marijuana Laws (NORML), Daniel Johnson was Regina organizer for NORML Saskatchewan from 1997 until 2014, and Director from 2007 until 2014.