The Return Of Marc Emery

The Return Of Marc Emery 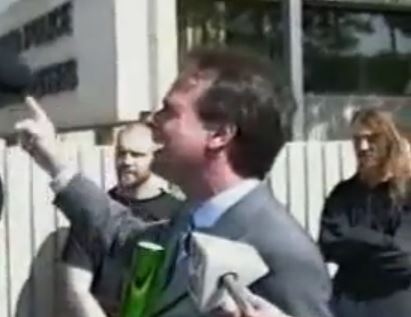 "BREAKING NEWS: Marc was told by an Immigrations & Customs Enforcement officer that he's coming home next week! We anticipate his return on Tuesday in Windsor, Ontario!

That's when Canadian deportees are flown out of Louisiana to Detroit, where he will be escorted by US Marshals to the Canadian border. Join me and many others in downtown Windsor, this Tuesday afternoon!"

Cannabis Culture updates state "The Emerys are planning a press conference at Windsor City Hall as soon as Marc is released on Tuesday, August 12 – likely sometime after 12 Noon."

There were continuous protests in the years leading up to his extradition to the US for selling seeds in 2010, and many demanding his release in the years since.

With his impending release, many have speculated that he could play a powerful role in Canada's political future, starting with the next election. His return could be a game-changer, because his various activist support outlets prior to his extradition and the seizure of funds catered to and assisted supporters of all kinds in their actions, allowing different activists to find a niche for themselves and learn how to organize and promote at their own pace with no screening process, something that other movements should learn from.

To some degree, other movements are learning this by diffusion, as an incidental effect of Emery's work is that in building a national grassroots Cannabis movement he helped train a generation of working class activists which has fed into other movements, some distinctly opposed to each other, as the single issue nature of Emery's movement, and the lack of any gate-keeping or filtering process, allowed it to draw from every part of the political spectrum.

Emery's unfortunate choice of the Liberal Party was understandable, despite the fact that he was extradited with the full support of the past ruling liberal government of Jean Chretien and later Paul Martin. Jodie Emery has previously run under the Green Party, and it was hoped Emery would recognize the Green Party's vocal support for legalization since it's inception, while other parties, even the NDP and especially the Liberals, climbed over each other about how much they would crack down on drugs.

Marc Emery's return to Canada was delayed as a result of a change of policy by the Harper government.

For those in the Toronto/Windsor/Detroit area that day who can make it to what should be considered an important historical event, stay tuned to  www.CannabisCulture.com  and www.Twitter.com/JodieEmeryfor updates!