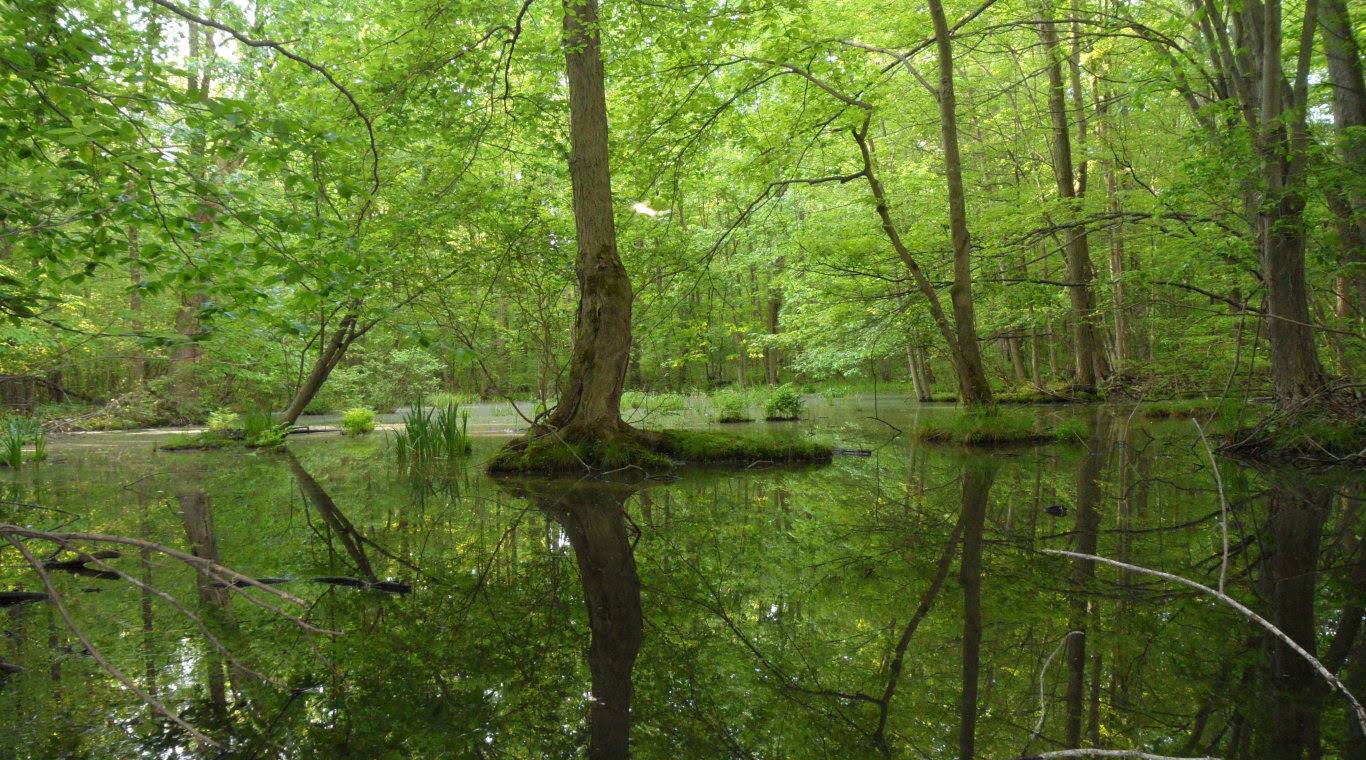 In the afternoon of July 7, 2016 in front of Niagara Falls City Hall native people and environmentalists from across Niagara gathered at a rally to call for the protection of the threatened Thundering Waters Forest. Here the Cayuga elder Alan Jamieson remarked how, “You have enough shopping centers.” in a plea to rescue the refuge. The Oneida environmental champion Karl Dockstader lamented how the planned “deforestation is an affront to the traditional indigenous leadership.”

Following the indigenous rally many protestors went to attend a public participation session held in the basement of Niagara Falls City Hall. One of the  most important bits of information to be disclosed  there was that a peer review was underway of the draft Environmental Impact Statement (EIS) prepared by Dougan Associates for the proponent of the Thundering Waters development, GR Canada Investments. It was revealed that the environmental consulting firm doing the report was North/South Environmental.

What is quite bizarre was that although the North/South Peer Review was completed about a week later on July 15, 2016 its contents were not released to the   public until ten months later.  The 14 page report remained secret until a Freedom of Information Act request was filed with the provincial government. Access fees of $350 dollars were paid for by various events in August 20016, such as a fund raising concert by citizens working to rescue the Thundering Water Forest from development.

The secret report was authored by ecologist Leah Lefler. It had considerable impact in shaping the comments about the draft EIS by Ian Thornton, of the Ministry of Natural Resources and Forestry, (MNRF).  However, so far no Niagara politicians have acknowledged it exists.

Thornton found North/South’s peer review to be “Very thorough”, taking a position which “closely aligns with our comments.” It informed his conclusions conveyed to the Niagara Falls City Council just before its August 23rd meeting.

While Thornton’s advice properly suspended the momentum to destroy the Thundering Waters Forest on August 23, the process should have been terminated five weeks earlier. The Planning Act meeting should have never been scheduled.  The North/South peer review clearly demonstrated that the recommendations of the draft Dougan EIS were not adequate to meet the requirements of Ontario and municipal law to protect natural habitats, wetlands and wildlife.

The key clash between the Dougan reported, authored by Stephen Hill, and Lefler was the issue of the need to expand the designations of provincially significant wetlands (areas protected from development), which at the time (the designations since have been expanded), comprised only a third of the 484 acre site. Lefler argued that adjacent then unprotected wetlands “should be evaluated…to determine if they should be complexed as part of the Niagara Falls Slough Forest Wetland Complex.”

Other documents obtained by the same access request show Niagara politicians denouncing the expansion of the Niagara Falls Slough Forest Complex as apparently arbitrary. These ignored however, the reality that this was done on the basis of research mandated by the City of Niagara Falls and the Niagara Region’s own policies for peer review of EIS documents.

Lefler also clashed with Hill over the need to protect dry forests in Thundering Waters. He stressed that provincial, regional and city policies all stressed that, “Development is not generally permitted” within such areas unless “no negative impact can be demonstrated.”

Lefler found that assumptions minimal impacts could not be justified without additional research. He calculated that the development would trigger the removal of “approximately 93 hectares of natural vegetation, including wetland, woodland and meadow vegetation.” There was however, in Hill’s EIS no discussion of the possible “impacts related to the removal of features, such as changes to wetland hydrology, loss of habitat, edge impacts, etc.”  Lefler discovered that there was also silence “on how the proposed land use plan will maintain the existing water balance and hydrology” in the protected wetlands. He found that with such omissions “it is impossible to determine whether or not environmental impacts will occur and to what extent they are expected to occur.”

Lefler indicated that more work needed to be done for an adequate “Assessment of Significant Wildlife Habitat.” In this regards what was especially important for the peer reviewer was the habitats of endangered bats. He urged that to protect bats “tree cavity surveys should be completed” and that “acoustic surveys be completed.”

Considerable attention in Lefler’s critique was directed towards the future destruction caused by roads and traffic. In this regards Lefler noted that road construction was proposed through parts of the otherwise protected provincially significant wetland. He found that Hill ignored “the impacts to the features and ecological function” of these wetlands “from the construction and use of the proposed road network.”

Lefler detailed how not only roads through otherwise protected wetlands, but throughout the threatened Thundering Waters Forest would have terrible consequences for wildlife. His peer review detailed how, “Roads are a major cause of mortality to small mammals, amphibians and reptiles.” One example cited show horrific devastation in 2014 on a 250 meter segment of road brought about the deaths from collisions of most of the 1,200 amphibians who attempted to cross it. “

Another clash between Lefler and Hill took place over the issue of what is an adequate width of a buffer. Hill’s report attempted to justify a minimal 15 meter buffer. In response the peer reviewer replied that, “In general, a wider buffer will better achieve the intended functions than a narrower buffer. In our opinion, a 30m buffer is necessary when wetlands or treed wetlands become surrounded with development in order to mitigate the increased stresses with urban land uses, particularly residential development.”

Lefler went into considerable detail to innumerate the extensive threats from residential development near treed wetlands. These included “encroachment, dumping of yard waste, invasive plant spread, domestic pets preying on birds and small mammal populations” and ad-hoc trails. He also stressed that without adequate buffers trees were vulnerable to being blown down by wind.

In addition to his “major comments” Lefler added 68 “minor or editorial comments.”  One was that no studies for salamanders were on within the southern half of the property. Another concerned the approach towards the endangered Chimney Swift. Studies taken on the Eastern Whip-poor-will were found not to meet species at risk protocols. He identified a failure to assess vernal pools for “Significant Wildlife Habitat for Woodland Amphibian Breeding Habitat.” The denial of the presence of breeding habitat for the endangered Acadian Flycatcher was challenged.

The most revealing of the peer  reviewers minor comments relate to a vernal pool obligate species, the Gray Treefrog. Lefler caught how while Hill’s text “states that only a couple  of Gray Treefrogs were detected”, Appendix F in the EIS indicated, “that a total of 6 Gray Treefrog individuals were heard calling, which is more than a couple.”

The missing four male Gray Treegfrogs illustrate a broader problem with the Thundering Water’s scheme than even Lefler was able to capture through his stinging rebuke. While driving around the perimeter of the threatened forest, Adrin Willems and I on the evening of June 12, 2017 were able to hear around two hundred individuals give their short flute like trills. This symphony at risk is a treasure beyond the abilities of the best peer reviewer to capture.