Run for Clean Water Starting in Valemount BC in Secwepemc'ulecw. Over 320km run or walk during spring break. On March 17-20. Meeting at Aviation Way in so-called “Kamloops BC” on March 20
by
Billie Pierre 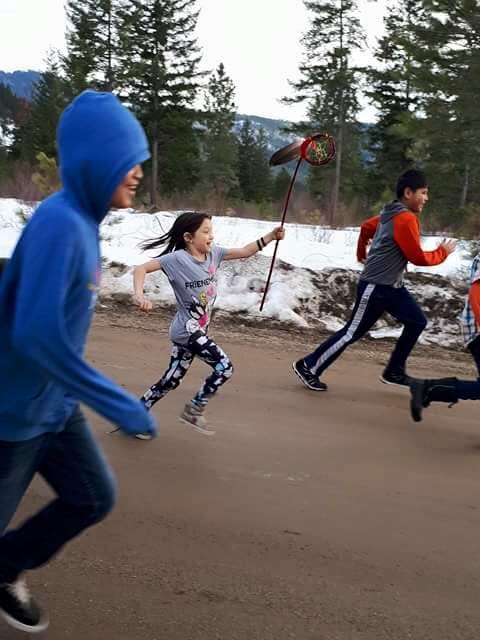 The Secwepemc Youth Run for Water-Protection of Water Threatened by the Kinder Morgan Pipeline Expansion.

Earlier this year, Secwepemc youth self-organized to run across Secwepemc'ulecw, through the communities where the Kinder Morgan expansion is scheduled to take pace. They began their run yesterday, and are currently by “Blue River BC”, unceded Secwepemc territory. In 3 short days, they plan to run to Kamloops BC at Aviation Way.

The youth aren't associated with an organization They self-organized this run, and they, along with their parents have been actively fundraising for this run to protect their sacred water. They're still seeking donations of gear, financial assistance, and billeting.

Starting in Valemount BC in Secwepemc'ulecw, over 320km run or walk during spring break.

Aviation Way in so-called “Kamloops BC”

Runners and Volunteers are needed for Assistance in stop over in host communities including Chu Chua, Whispering Pines, and Kamloops area. To get more involved, donate to help with sleeping bags, gas cards, high visible vests.Miranda Dick 250-679-1101, or Talitha 250-851-1312. Email sacredwater78@gmail.com
No Alcohol or drugs.