Stopping Nuclear Waste in its Tracks

Stopping Nuclear Waste in its Tracks 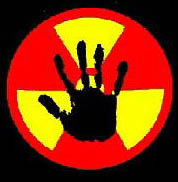 Three places in northern Saskatchewan may be on the map in Canada's search for a high-level radioactive waste dump site, but the spent nuclear fuel bundles may be stopped in their tracks. Communities and Indigenous organizations along potential transport routes and beyond have been passing resolutions against nuclear waste.

The Northern Village of Pinehouse, English River First Nation and the town of Creighton are all currently in the Nuclear Waste Management Organization (NWMO) site selection process to find a "willing host community" for a deep geological repository to house the waste piling up at nuclear reactors in Quebec, New Brunswick and especially Ontario.

Canoe Lake First Nation, the town of La Loche, the Fur Block near Beauval, the MÃ©tis Nation of Saskatchewan, the Saskatchewan Aboriginal Women's Circle Corporation (SAWCC) and the Native Women's Association of Canada (NWAC) have all formally opposed the transportation and storage of nuclear waste in Saskatchewan. Others criticize NWMO for refusing to deal with site selection process on a regional basis, even though a decision would affect much more than a single community.

Emil Bell has been educating Band and town councillors about the Nuclear Waste Management Organization process and the dangers of nuclear waste. A Cree grassroots activist, he lives in Fire Lake, outside of the Canoe Lake First Nation reserve.

"Canoe Lake is against this whole thing," Bell told the Media Co-op. Located in northwestern Saskatchewan, east of the Cold Lake Air Weapons Range and tar sands exploitation, the First Nation passed a Band Council Resolution against the transportation and storage of nuclear waste.

"I was the one that was going around, getting all the signatures of the councillors," said Bell. "They are dead set against the nuclear dump. It goes against our Treaty rights, our inherent rights. If we get a major disaster wherever they put the nuclear dump, our waterways are, you know, shot. Animal life, the plant life, are going to be drastically affected."

Bell has been travelling up and down the province, meeting with other First Nations, municipal authorities and groups and urging them to take an official stance against the transportation and storage of nuclear waste. "There's a few of us that are going around, doing a lot of work, and we do it out of our own pocket," he said.

But northern activists are not the only ones speaking about nuclear waste in the region. "The nuclear industry people, NWMO, have a lot of money. They're also going around, trying to convince people to, you know, accept the nuclear dump [with] the promise of a lot of money, the promise of jobs...they keep telling people 'oh yeah, it's safe, it's safe,'" Bell told the Media Co-op.

The predominantly MÃ©tis community of Ile-a-la-Crosse has yet to take an official position on nuclear waste transportation and storage and will likely revisit the issue after the October 24 municipal elections. Ile-a-la-Crosse Mayor Duane Favel says he and others requested that NWMO communicate and deal with municipalities in northwestern Saskatchewan collectively because a nuclear waste repository in the area would impact the entire region.

"However, that got kind of sidetracked," he said. "They started meeting with municipalities individually and convinced, you know, one or two municipalities to agree to - for NWMO to go into their communities and start this process that they talk about."

Many mayors did sign the letter and a copy was given to the Northwest municipalities and to NWMO. But NWMO declined to pursue the regional approach requested by the municipalities.

"They didn't want to deal with that as a collective organization. They wanted to deal with specific municipalities. And I believe some of the reasoning was, you know, the areas that they were looking for, that would be good for this deposit of nuclear waste, wasn't throughout this region," said Favel. "However, that was not our argument. Our argument was if nuclear waste was to be stored in the northwest side of Saskatchewan, that they should be dealing with us collectively and we should vote as a region whether or not we want nuclear waste stored within this area."

The communication between Ile-a-la-Crosse and NWMO is currently non-existant, Favel told the Media Co-op.

"I'm still kind of baffled in terms of why they didn't use that approach and actually consult with everybody within the region and try to, I guess at least in the beginning, have a good working relationship in terms of addressing the issue with the people of Northwest Saskatchewan," he said. "I thought it was a completely disrespectful approach."

While Ile-a-la-Crosse and other municipalities consider whether to take an official position on the issue, some locals of the MÃ©tis Nation of Saskatchewan have been actively organizing opposition to the transportation and storage of nuclear waste. Bryan Lee and other members of the Fish Lake MÃ©tis local began looking into the nuclear waste storage issue a few years ago, when they heard locations in northern Saskatchewan were under consideration.

"Once we heard this, then we started looking into the whole issue ourselves because we had heard some things in [the] press, that the NWMO was looking for a "willing host community" in northern Saskatchewan," Lee told the Media Co-op. "We brought forward a motion within our local to take a position...to oppose the storage and transportation of high-level nuclear waste."

After passing at the Fish Lake MÃ©tis local, the resolution was taken to Western Region 2, where it passed as well. A motion for the resolution to be adopted at the provincial level by the MÃ©tis Nation of Saskatchewan did not succeed in 2010, but Lee presented it again in 2011.

"I reformatted the resolution and I brought it forward to the annual general assembly November 5, 2011. And in the presentation, we were successful in getting a two thirds majority approval at the assembly, for the MÃ©tis Nation of Saskatchewan to take the official position to oppose the storage and transportation of high-level nuclear waste anywhere in Saskatchewan."

The Saskatchewan Aboriginal Women's Circle of Saskatchewan also passed a resolution last year, opposing the transportation and storage of nuclear waste in Saskatchewan. The resolution was then adopted by the Native Women's Association of Canada at its annual general assembly held in Saskatoon in August 2012.

The town of La Loche and a Fur Block - a trappers' organization - in the Beauval area have also passed similar resolutions. More communities and organizations are currently considering taking an official stance against nuclear waste in the province.

NWMO is moving forward in its search and Pinehouse, English River First Nation and Creighton are still under consideration. But with all the resolutions against nuclear waste transportation, whether the high-level radioactive waste would ever make it to a storage site in northern Saskatchewan without roadblocks along the way is beginning to look increasingly unlikely.

Sandra Cuffe is a freelance journalist and member of the Vancouver Media Co-op. She recently returned to the west coast after eight weeks in Saskatchewan.