Tears and Loathing in Durban

Tears and Loathing in Durban 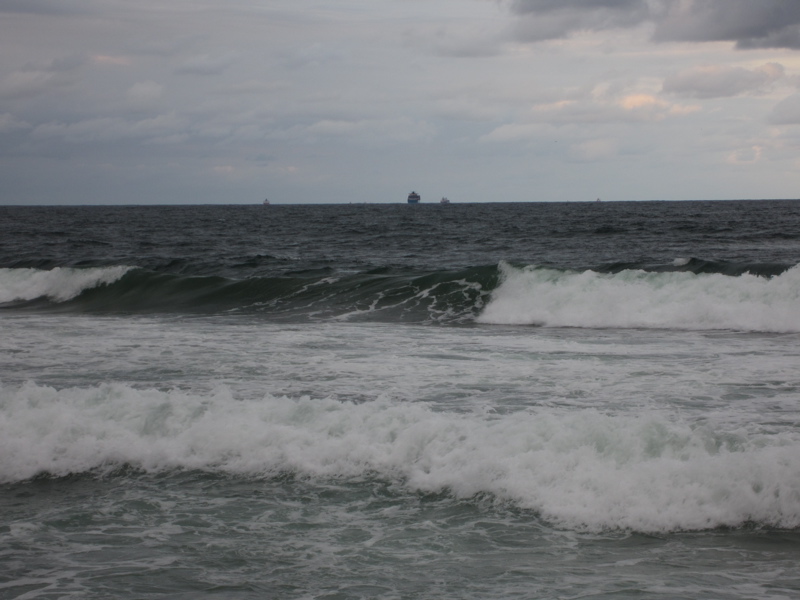 When I first stepped through the drab halls of the International Convention Centre, decorated in a business-casual African motif, a misanthropic ether binge or acid-fueled target practice with high-calibre rifles seemed they might be just the thing. A gonzo revival, it could be argued, is the only appropriate response to the latest round of climate talks taking place here in Durban, South Africa. The momentous, apocalyptic futility of humanity's imminent failure to address catastrophic climate change is a perfect match for -- most iconically -- Hunter S. Thompson's drug-fuelled flights from the grim reality of the American Dream.

In terms of actually addressing climate change, the tone of the 17th Conference of the Parties (COP) to the United Nations Framework Convention on Climate Change is overwhelmingly one of resignation. This assessment is widely held. "Here's one prediction I can make without leaving my office," wrote Time Magazine environmental columnist Bryan Walsh, explaining why he didn't bother to come to Durban. "There will be no comprehensive international climate deal hammered out at Durban, just as there wasn't one at CancÃºn last year or Copenhagen the year before." Just about everyone has given up.

The Kyoto Protocol, with targets that would not actually prevent climate change, is a relic that no one bothers to mention outside of wagers on when it will finally die. When CTV reported that the Canadian government planned to officially scrap its participation in the agreement, the news was received with a whimper, not a bang. Even Kyoto, which unleashed a corporate bonanza while lacking any effective enforcement mechanism for its targets, is too much for Canada. It's not any particular agreement that Canada's government is opposed to; all signs point to everyone's former favourite middle power being opposed to the principle of reducing emissions at all.

Canada leads the way for hostility to any kind of climate agreement, but a lack of urgency is institutionalized. Amidst a labyrinth of generic civil society booths in a modified warehouse adjacent to COP17 plenaries, I ran into Greenpeace International Director Kumi Naidoo, checking his gmail on a netbook. He said that Greenpeace would naturally be undertaking actions during the talks, but I would have had to squint my eyes and tilt my head to see even a glimmer of hope in his eyes. Greenpeace, and the handful of ENGOs which haven't given up completely, will pressure the governments of the world to adopt a deeply compromised copy of a copy of a copy of an agreement that no one even imagines will stop the worst of climate change. Greenpeace is one of the few which even bothers to use an "inside-outside" strategy. Most ENGOs are happy to churn out press releases from comfortable hotel rooms.

Is the only way to escape the destitution of a formerly vibrant environmental movement to go higher -- literally and figuratively -- than Greenpeace's direct action team by freebasing and base-jumping from the roof of the Hilton, where delegates and corporate lobbyists are drinking cocktails which would cost several days' wages for people living in shantytowns a few neighbourhoods over? The adrenaline rush of illegality, danger and purified cocaine might just be enough to temporarily erase the depraved reality of today's climate talks.

Apocalyptic adrenal abandon fabricated for the purpose of purging the virus of a corrupt society from one's system is understandable. But no one is even proposing a tequila-soaked joyride in a limo stolen from the Congolese ambassador's motorcade. As I sit in the press area writing this late at night, dozens of journalists are here, filing stories. No one is proposing bribing army guards for the chance to hunt great white sharks with a South African attack helicopter's gatling gun. No one will swill Amarula to dull ethical pangs that might result from killing an endangered species that may be doomed anyway. It would just be another blanket of irony to wrap ourselves in, starved and feverish.

COP 17 is the opposite of these scenarios. What we're witnessing in Durban is not the tumbling, frothy consumerist excesses of the crashing wave of a recklessly-expanding capitalism. Rows of chairs and computers at this UN conference, the boxes of complimentary gift bags and the politely queued delegates waiting to receive them: this is the immobilized foam, uniform in constitution after the irregular sized bubbles have burst, perched on the same wave, now receding past the first sandbar.

The urgency one might expect from a conference convened to keep the planet from cooking is absent. A journalist sings happy birthday to his son via Skype, while press releases advertise free food and drink and "good copy" to his colleagues.

Representing Grenada, ambassador Dessima Williams speaks to the plenary session. (She was part of the revolutionary Grenadian government when the US invaded in order to overthrow it in 1983's "Operation Urgent Fury.") She calmly asks the assembled delegates: "Why would we ever agree to a deal that has as its ultimate and inevitable consequence our own demise?" "It is a betrayal not just of small island nations, many of whom would be destined for extinction, but a betrayal of all humanity." The statement is transcribed and recorded on video, added to thousands of hours of archives.

The proceedings continue, with session titles like: "Joint forum on the impact of the implementation of response measures at the thirty-fourth and thirty-fifth sessions of the subsidiary bodies, with the objective of developing a work programme under the Subsidiary Body for Scientific and Technological Advice and the Subsidiary Body for Implementation to address these impacts, with a view to adopting, at the seventeenth session of the Conference of the Parties, modalities for the operationalization of the work programme and a possible forum on response measures."

A possible forum on response measures.

NGO reps enjoy drinks on a patio next to Korean delegates, before moving on to the next meeting. Journalists gather documents from a converted bar -- complete with spigots which flow with metaphorical significance, despite not being connected to any keg -- and rake their laptops with their well-trained fingers, brows furrowed.

Everyone has a great reason for not expressing much beyond placidity. There are jobs to keep, funding relationships to maintain. Families to feed, careers to advance, and expensive educations to pay for. Access can be lost, patronage withdrawn and accreditation nullified. The simple privilege of passing through the security gate, greeted with a "Hello Mr. Jay," keeps me in line, along with the vast majority of others.

Not that any of these exigencies are present in the minds of any of the attendees. For the human mind to rationalize complicity with apocalyptic violence, all that is required is the initial commitment to the ideas that make that violence possible. After that, a convenient selection of facts, and the feeling of not being alone in bureaucratized atrocities is sufficient to maintain what would otherwise be considered too egregious and unacceptable to imagine.

A year ago, the international press expressed expansive frustration at the presence of thousands of plastic horns -- the dreaded vuvuzelas -- when the World Cup brought the world's finest soccer players to South Africa. Journalists seem, by contrast, undisturbed at the void of emotive expression at COP 17.

The sheer sonic power of the vuvuzelas was, I've come to realize, misplaced. Soccer players execute high-adrenaline runs and passes that require precision, skill, and perfect timing. We should let them play to milder cheers issued from human vocal chords. UN bureaucrats, diplomats, patronage recipients, ambitious young speechwriters and analysts who plod to rooms with names like Kosi Palm and Amanzimtoti River in de rigeur polished shoes or high heels: these are the people who need to feel the collective drone of the world's unrest, the inescapable fact of tens of thousands disgorging an unsettling, undulating hum.

The bureaucrats carrying proposals for policy tweaks to carbon trading schemes currently pacing beneath tastefully incongruous arrangements of lacquered African wood are not taking each step with the knowledge that their decisions could cause -- or prevent -- permanent famine in west Africa. Party goers don't imagine island states are swallowed with each gulp of imported lager. The swish of western business attire in the vast hall of orange chairs just barely whispers that a dried-up Amazon river basin is a possible outcome of the next week of meetings.

Care for a drink?

The time for nihilist self denial explosive enough to match the fossil-fueled reinvention of humanity has passed, in journalism as elsewhere. Anthropological, sharp witted, testosterone fueled laments -- hands gliding over the precise texture of our aesthetic, ethical and political failings: the time for these reflections has both passed, and come again.

Passed, in that there is no purifying ourselves of the cultural-economic menace that has brought this situation to pass. We consume it as it consumes us. But this is nothing if not an opportunity to sit with the purity of our collective failure, with the understanding that our increasingly venal ruling class of capitalists will not save the planet, even to save their prized ideology. Like Thelma and Louise, they have decided that the world cannot accommodate their true selves, and their answer is not to pull a u-turn, but to accelerate toward the cliff.

There is little hope to be found in the UNFCCC proceedings. At first blush, the bland workaday insanity of COP 17 bears little resemblance to the decadent dissociated state of Thompson's sordid descriptions of loathing and fear in Las Vegas, but their provenance is shared.

Speaking to a mostly-empty stadium at a "rally for climate justice" organized by South African churches, anti-apartheid icon Desmond Tutu punctuated his speech with a series of spectacular cackles. For example: "We have only one home, this is the only home we have. It is not just the poor people who are going to be destroyed, even the rich; there is nowhere else where they will go -- haha haha hehehehe -- this is the only home you have... if you destroy it, it's finished with you, as you will be finished with us!" Tutu's mirth seemed to surge from an unseen, mysterious and hopeful place.

His laughter underscores his admonitions of the rich, and also seems to point to a joyful vitality of resistance that has been dormant in most of the world's population, but may be stirring. A time when we could, in Hunter S. Thompson's phrase, "strike sparks anywhere," doesn't seem far off in these moments.

The field of social movements looks particularly barren at the moment. Even if the optimistically-expected 30,000 protesters turn out for the international day of action this weekend, it will be pitiful in terms of the task at hand. If, however, the quality of the people who have gathered here from all over Africa is any indication, that barren-looking field has many seeds within it, with sprouts making their first tentative reaches.

As the conference lurches toward expanded definitions of carbon trading, and adaptation funds managed by the World Bank, I'm inclined to leave cynical escapism at the high water mark of fossil-fueled civilization. Like kids at the beach, it's tempting to chase the receding wave, then run screaming back up the beach, chased by the latest breaker.

But standing on the ruins of Kyoto, our vantage point just below the high water mark affords a look to the horizon. With the right kind of eyes, we can see the next series of swells forming, out at sea.