Commercial Logging In Saskatchewan Is A Scam, And It's Destroying Our Forests
by
Daniel Johnson 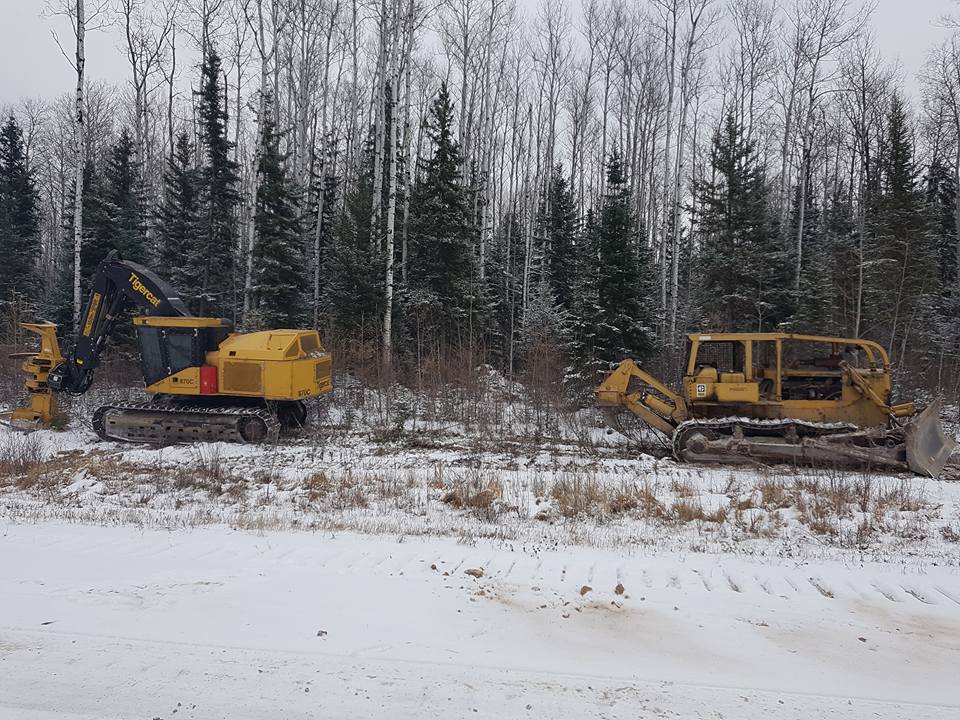 A family acquaintance living in the north posted pictures of logging crews at work near Timber Bay, triggering another round of the same discussion that has occurred in much the same way for many years, even before the internet. One side says 'our forests are being destroyed', the other says 'we need paper and building materials and logging provides jobs'.

The latter side has always had more money to spend advancing it's agenda, so it's the side that generally wins out.

Saskatchewan's north has lost a lot of trees. Some in wildfires, which have been increasing incrementally over the years, those are widely known, but many more were lost at the hands of Weyerhauser while the NDP held power, and many more since companies like C&C Resources took over where they left off under Brad Wall's Saskatchewan Party. Saskatchewan's forests have always been vulnerable to over-logging, being vast and isolated makes organized resistance to logging difficult for locals and our forests are too lucrative due to Canada having some of the lowest stumpage fees in the world.

What makes this more infuriating is that local resistance to logging has been discouraged and/or ignored not only by politicians and media, but by major environmental groups who have formed close connections to  some of the companies involved. It is similar to the situation with oil, as activist/writer Druja Oja Jay wrote in his 2015 article "Secret Agreements Between Environmental Groups And Oil Companies Marks The End Of An Era"  "Because major green groups switched sides, the odds that resistance to continued logging could be effective went from improbable to impossible. Facing off against Weyerhaeuser is one thing; facing off against Weyerhaeuser and Greenpeace, Sierra Club and ForestEthics is quite another."

This is all quite unnecessary. Without government restrictions in the way, most of the pulp and paper needs currently filled by timber could be replaced more sustainably with hemp, but politicians continue to stonewall the slowly growing hemp industry due to the lobbying power of the timber, oil and pharmaceutical industries.

But, as consolation, we could at least say something positive about the economic impact, right? Do they provide jobs that keep northerners off of welfare? No, as it turns out, a lot of the logging being done is busy-work.

The situation is best summarized by LaRonge based lawyer and author Harold Johnson, author of 'Two Families: Treaties And Government', in a comment he made online about Beatty's pictures:

"There's nothing left in this area to cut. Just look at the bush behind them. It's scrub. The only way they can make money is to cut everything and depend on the government for subsidies."

"That's why the Americans are pissed at Canada over soft wood lumber."  referring to the decades long trade disupute over Canada's lumber subsidies.  He went on to say;

"These are not job producers. They are corporate welfare schemes. Trees grow too slowly in Saskatchewan to compete with the world. Brazil can grow 30 semi loads of fibre from one hectare in one year. Here it would take 60 years. The only way these guys can operate is because they are given the trees almost for free. The reason they concentrate on our territory is because it is close and the government builds roads for them. This is not free enterprise. It is a corporate welfare scheme. If they had to pay stumpage fees like in the rest of the world they would go broke."

So, there is no legitimate reason for deforestation to continue in Saskatchewan. It is not necessary from a resource perspective, it is not sustainable from an environmental perspective, and it is not even helpful from an economic perspective.