Five days after a BC judge granted Coastal GasLink an injunction to continue pipeline construction, the Wet'suwet'en deliver an eviction notice
by
David Gray-Donald 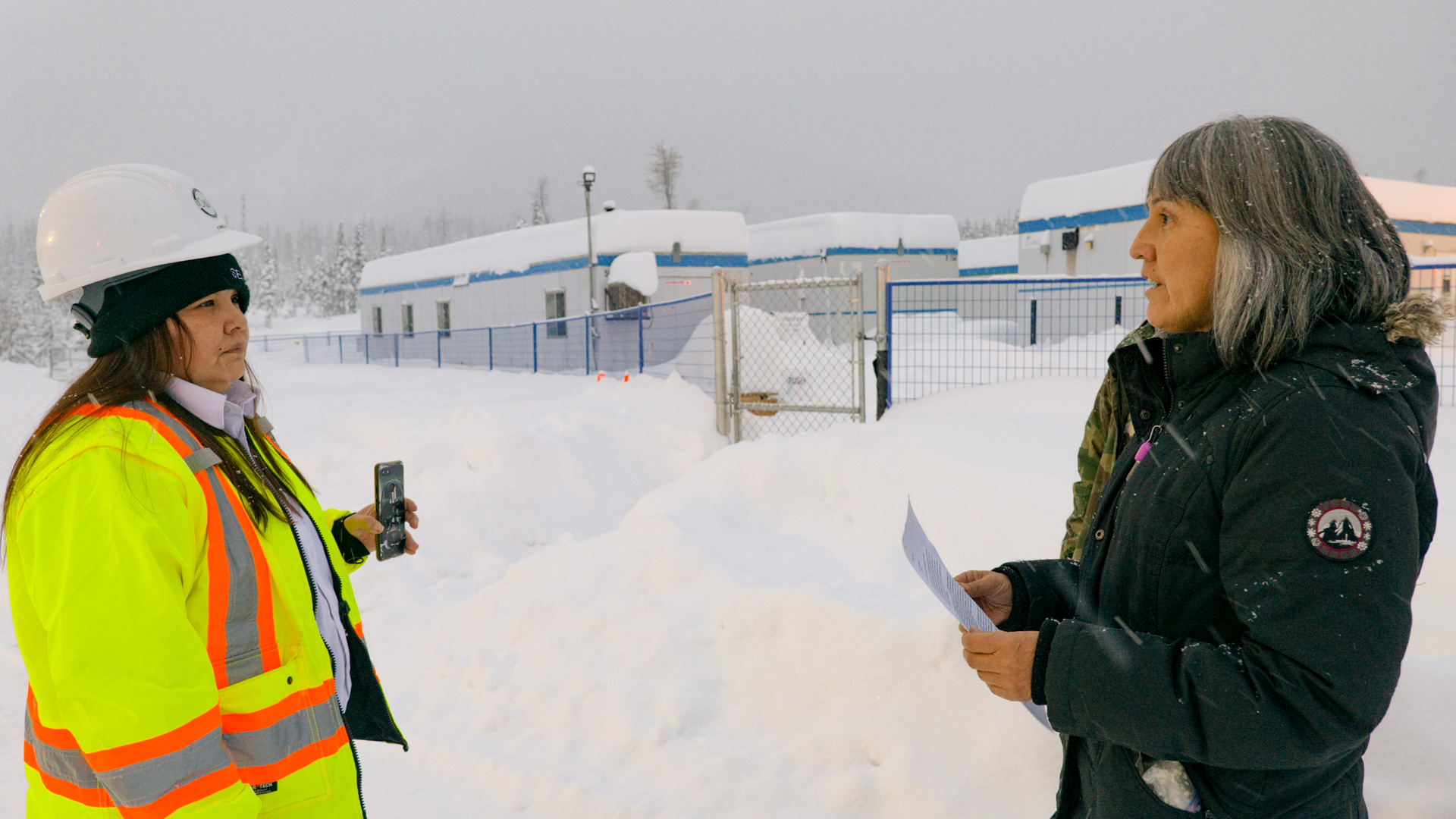 The eviction is effective immediately, and hereditary chiefs gathered to monitor its enforcement. According to several individuals on Twitter, CGL workers left the territory on Saturday night.

CGL is trying to construct a major liquid natural gas pipeline to move mainly fracked gas originating in eastern BC and western Alberta to the Pacific coast. A large section of the proposed route runs through Wet'suwet'en territory. "The Coastal GasLink project has never received consent through our hereditary governance system, our Bahlats, to proceed," reads a letter addressed to the company, attached to the press release.

Wet'suwet'en band councils operating through the colonially-imposed Indian Act framework have signed benefit agreements with the pipeline company, and some community members have business interests in its construction, raising tensions.

"We expect Coastal GasLink to peacefully comply with our eviction notice, and ask that British Columbia uphold its commitment to implement UNDRIP and instruct RCMP to respect our rights and refrain from interference in Wet’suwet’en law," the press release states. In November 2019, British Columbia made UNDRIP, the United Nations Declaration on the Rights of Indigenous People, into law.

This eviction comes five days after B.C. Justice Marguerite Church granted an injunction to CGL, and an enforcement order to prevent Wet'suwet'en members and supporters from interfering with pipeline construction activities.

"Canada’s courts have acknowledged in Delgamuukw-Gisdaywa v. The Queen that the Wet’suwet’en people, represented by our hereditary chiefs, have never ceded nor surrendered title to the 22,000km2 of Wet’suwet’en territory," the traditional govenment says in the press release. "The granting of the interlocutory injunction by BC’s Supreme Court has proven to us that Canadian courts will ignore their own rulings and deny our jurisdiction when convenient, and will not protect our territories or our rights as Indigenous peoples."

The RCMP enforced the initial injunction in a highly militarized raid on January 7th, 2019, almost exactly a year ago. With snipers on site for "lethal oversight," essentially a license to kill, the RCMP climbed over a road blockade in Gidimt’en territory, eventually arresting 14 people. Having shown their willingness to use force, they then negotiated with the Wet'suwet'en for the blockade on the bridge by the Unist'ot'en camp to come down as well.

Canada's claim to the territory, as with many parts of the country, appears to be based on the Doctrine of Discovery, or the Papal Bulls of Discovery. This refers to the Christian European idea that lands that explorers found that were not inhabited by Christians could be outright claimed by European authorities. Though people were living there, the English and then Canada claimed it as theirs. This doctrine is widely regarded as racist and incompatible with UNDRIP, and the Truth and Reconcilliation Commission Final Report called for the its abandonment.

The Wet'suwet'en, with this eviction notice, are affirming their own authority on the land, and, explicitly or not, pointing out the weakness of Canada's claim to control the territory, to unilaterally decide what happens there and to set the laws.

"Anuc ‘nu’at’en (Wet’suwet’en law) is not a “belief” or a “point of view” [as Justice Church indicated in the recent injunction decision]. It is a way of sustainably managing our territories and relations with one another and the world around us, and it has worked for millennia to keep our territories intact," reads the press release (context in square brackets added). "Our law is central to our identity. The ongoing criminalization of our laws by Canada’s courts and industrial police is an attempt at genocide, an attempt to extinguish Wet’suwet’en identity itself."

A callout for a week of solidarity actions from Jan 7 to Jan 12 was posted last night on the the Unist'ot'en website.