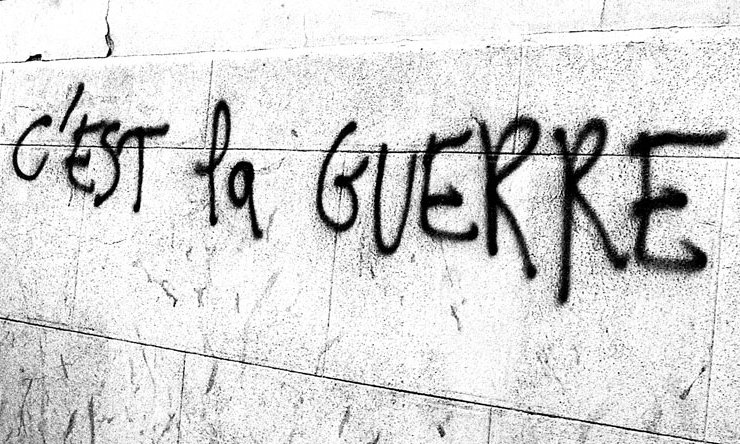 On Saturday February 26th myself and 10 others were arrested for political actions at 6 pm. We occupied a space in the Olympic Village which was designated to be an Urban Fare before they pulled out of the deal for fear of bankruptcy. We sat in a circle and discussed who would stay when the option to stay or go presented itself. We taped "Homes Now!" on the window, but no damage, no "breaking" of the entering was implemented. Previously, the Tent City protest was dissolved momentarily by the "owner" relying on private property measures. This was a sheer, utter occupation of space to which we relayed (which was not listened to) demands:

The occupation lasted roughly 30 minutes after which about 40-50 officers streamed into the facility. The option to leave and not face arrest was relayed to the protesters. Myself and a few others stood up in compliance: choosing the option to not be arrested. Myself and a friend were then handcuffed aggressively, cutting off circulation to my left hand and read our rights.

Exchange:
Male officer 2512 (Samuel): You are being arrested for breaking and entering and assault by trespassing
Me: Assault? I didn't hurt anyone.
Him: If you do the crime you have to pay the time.
Me: That doesn't make any sense.
Him: It's like if you murder someone there are consequences
Me: That's utter sensationalism.
Him: Well, what do you want me to say?

The officer became less recalcitrant once my friend and I talked to him at length about his profession. He pulled out her ID, forgot whose bag he had pulled the ID from and then jokingly said that the picture of my friend was in fact me. We must be playing a trick on him.

All in handcuffs, we were then taken to the parking lot of the empty, concrete space we had occupied. 2512 said he had planned to be a children's educator before deciding on police officer. He also mentioned to my friend that he did not agree with what was going on with this space in the Olympic Village.

I talked with another arrestee briefly.

An obnoxious male officer who was documenting the arrest demanded I pose for him. He made a snarky comment about how if I didn't want to position myself accordingly than I shouldn't have gotten myself arrested. A female officer came up to me and asked me my name (this is the third time) and address, looks through my bag. There is a joke again because I have a cheap hair dyer with me. I say it's to dry myself off because it's cold. And she says: Well you're sweating now.

Noticed a male officer talking to an arrestee about the meaning behind the protest. Police discourse: A brick wall of ideology that has obviously come into fruition by divorcing officers from social sciences and humanitarianism. They bear no context of the situation and have no means in how to access it, coming off as uneducated, naive, brutish and neutralized. These are roles to play, whether it be the master with a kind face, the aggressive brute, the innocent one or the high school nerd turned power hungry bully. There were palpable moments where the officers could not place us: are we drug users? are we dumb punks? What is our purpose? What is the meaning behind it?

The mental separation of assault from private property is, by no surprise, impenetrable. "Assault" is a crime of violence against another person. Assault is defined as any intentional physical contact with another person without their consent. Defining the concept of "violence" was a major and dramatic point of contention for activists within and out of the movement last year as well. Defining property damage as a form of violence obscures the movements integrity and mobilization; the dialogue, though important in circles, deliberately tries to essentialize the "what if" of direct actions such as, "what if my mom had been walking past the HBC while anarchists broke windows. What if she got hurt." Violence is the expression of physical force against one or more people, compelling action against one's will on pain of being hurt. The handcuffs, the dismissal of our integrity, removing our warm gear and berating us in the washroom is a "form" of violence.

Think: Imagine if these officers sat with us like some are doing in Wisconsin. Would they still be cops? Or people dealing with the percarity of labour time?

A female officer pulled me aside and took off my neckplace, placed it in duck shit. The entire parking lot was thick with a considerable layer of it. She patted me down aggressively. And put me in the paddy wagon.

A single arrestee was in the wagon, notably distressed. The wagon is compartmentalized and they gender us off accordingly. There are also small isolating sections, big enough for one or two. Two of the male arrestees are put there.

We waited in the wagon, sang songs like "We are the Champions" and "Another One Bites the Dust." Also start a chant: I SAY WHOSE METAL BOX? OUR METAL BOX!! Overall, spirits are high. My friend provides us with some beautiful yoga chants, another quotes Bill Hicks':

We waited for an hour. The wagon was under surveilance, so there was rife discussion about keeping quiet, which became remarkably hard to do. Is mockery a good tactic? Is singing a good tactic? Should we be emphasizing our solidarity by kicking back and forth? What presented itself was clear: the commune that transpires from direct actions is worth whatever processing comes into play.

We were taken to the police station on Main. My friend and I were the last ones in the paddy wagon, we were dealt with together for most of the duration of the arrest and processing. The female officers were far less abrasive, doing their job–no more no less. One arrestee said a male officer tried to watch her pee; when she told him he couldn't do this, as it was against her rights, he proclaimed the infamous statement of the evening: well then, you shouldn't have gotten yourself arrested.

Before I use the washroom, I asked for a sanitary napkin. The female officer tells me to knock when I'm done. I do so, and hear a male officer exclaim "WHAT!" To which I say "I'm done now." He says, "well that's your cell!" A second later the female officer puts me in a cell with two other female arrestees. There was much confusion with how to handle us and once again the officers come off as underprepared and unnecessarily hostile to our presence.

I am called out, my pictures are taken and I sign documents agreeing to have my finger prints taken. At this point I'm tired, but not nervous. The surprising part of all this is how calm I felt throughout. My calmness must obscure their intentions to break my spirits.

Her: "Do you understand?"

It was easy to stay calm, because their actions and dispositions against us made absolutely no sense. I felt completely rational in face of police presence. Scouring the facility I recognized a few residents from the Portland Hotel Society–to go through this process alone is a whole other story. The point of this is to demoralize the one arrested.

My prints are not taken and there is confusion with where I should be standing: should I be walking towards the officers who are finger printing? Phoning legal aid? Instead, the female officer put me back in the cell with my two female "colleagues" and wait.

We were all let go at 9pm with no charges. There were too many officers on site which led to complications processing our arrest. Important to note that each of us had a very different experience according to our gender, bravado and amiability.