Swarmed on the Way to Jail Support

Swarmed on the Way to Jail Support 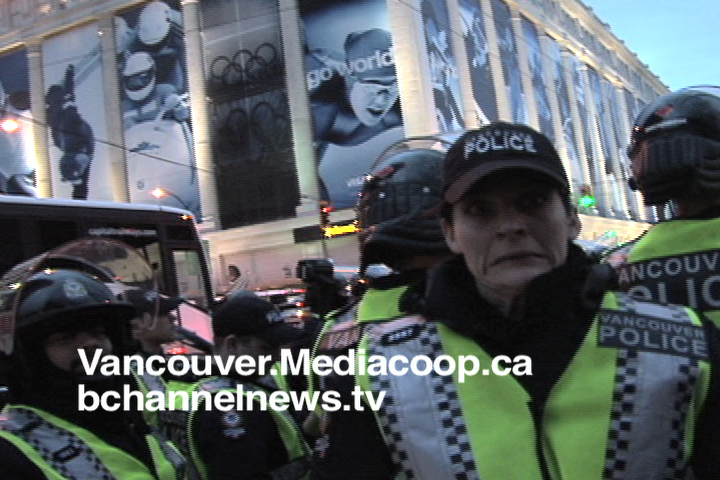 A group of about 25 Anti-olympic protestors were encircled and detained by a much larger group of riot police for several tense minutes while walking quietly and peacefully along the sidewalk on the evening of February 13, 2009. Their destination; the Vancouver jail, to stand vigil for protestors who were arrested on this first day of the 2010 Olympic Winter Games.

Police told reporters on the scene that the group was being detained on ‘apprehended breach of the peace’, and that they were intending to arrest individuals who they believed were responsible for offenses committed earlier in the day.

The group was released less than 10 minutes after being surrounded, with no arrests being made.

One of the individuals detained, who identified as a legal observer with the Olympic Resistance Network, called the incident an ‘illegal detention’ and informed reporters that the police could expect a call from lawyers regarding a potential Charter of Rights and Freedoms violation.