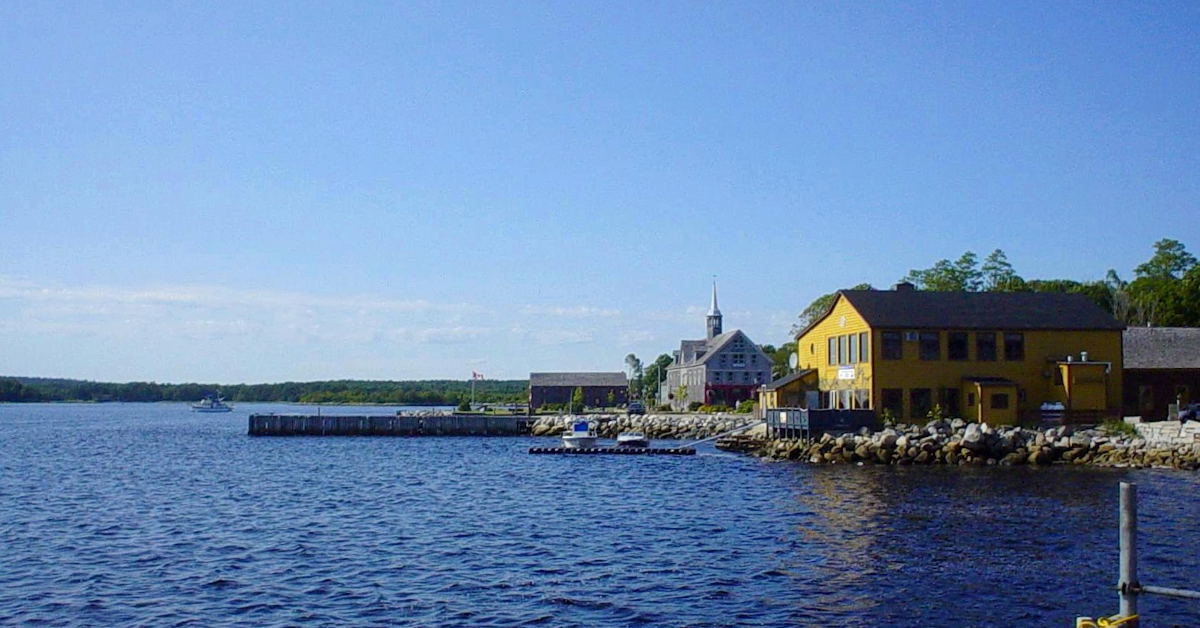 Vanessa Hartley is 21 years old and an eighth generation Black Loyalist descendent. She is the chair of the South End Environmental Injustice Society (SEED). And she is a resident of Shelburne, a town of about 1200 people on the southwest coast of Nova Scotia. Scott Neigh interviews her about the town, about environmental racism, and about the work of SEED.

Shelburne has a long history. After the US War of Independence, many Loyalists – those who fought on the British side – resettled in other areas still claimed by the British. This included people of African descent, who largely had been enslaved but were recognized by the British as free as an element of the war effort. Many of these Black Loyalists settled in the Shelburne area, particularly in nearby Birchtown – which for a period of time was the largest settlement of free Black people in North America – but many working and living in Shelburne itself. In July 1784, Shelburne and Birchtown became the site of Canada’s (and perhaps North America’s) first race riot, as white residents attacked Black residents and burned down their homes.

The land grants given to Black people were generally fewer, smaller, and lower in quality than those given to white people. Across Nova Scotia, authorities enforced residential segregation, with Black people made to live in entirely separate towns or in separate neighbourhoods. And over time, noxious, harmful, and polluting land uses tended to be disproportionately placed in or next to Black communities (as well as Mi’kmaq communities). This means that African Nova Scotians are disproportionately exposed to pollutants – a pattern known as “environmental racism.”

In the 1950s, a dump was built very close to homes in the Black community in Shelburne’s south end. The dump’s contents included industrial and medical wastes, and in earlier years those managing it regularly set its contents on fire.

Around the time the dump closed in 2016, Shelburne resident Louise Delisle founded SEED. South end residents had noticed what seemed to be oil leaking from barrels in the dump, and they came together to demand something be done about it – particularly given that many of them got their drinking water from wells. The leaking barrels were eventually dealt with, but the larger problem of the dump remains. In 2018, SEED and various partner organizations got funding to test the water in the wells. Most came back as unsafe to drink. While SEED and its partners have worked very hard to ensure south end residents have safe drinking water, there are still some that do not.

Hartley has been involved in the group for the last year or so. Delisle asked her to join after Hartley was part of organizing a local Black Lives Matter march in Shelburne. She had never heard of environmental racism before, but once she learned about it, she said, “there was a fire that just lit me up.”

A central part of the group’s work continues to be related to the dump and to water quality for residents in the south end. They continue to raise money to install filtration systems in the remaining wells. Also, they have been part of a protracted, frustrating process with the town: In 2019, Halifax-born actor Elliot Page offered to pay for a new community well in the south end. The town of Shelburne finally and grudgingly accepted this offer in principle, with a number of conditions, in February 2020. Yet the concrete details have still not been finalized. In addition, SEED continues to press all levels of government to commit to a full clean-up of the dump site.

SEED’s work also extends well beyond dealing with environmental racism. They are active in liaising with governments and partnering with other organizations to get the needs of Shelburne’s Black community met. This has included, for instance, working to regionally disburse money from a substantial solidarity fund raised by the Black Lives Matter group in Halifax.

In the future, the group hopes to continue to build its organizational capacity. They will be partnering in a new academic study examining disproportionate cancer rates among Black residents of Shelburne in relation to their exposure to pollutants. And they will be re-testing all of the wells in the community this summer to see how things have changed. Ultimately, SEED would like to see full remediation of the dump site and reparations for the harms caused.