March 15-16, 10am, BC Supreme Court, 800 Smithe St. Vancouver
by
Billie Pierre
This post has not been approved by Media Co-op editors! 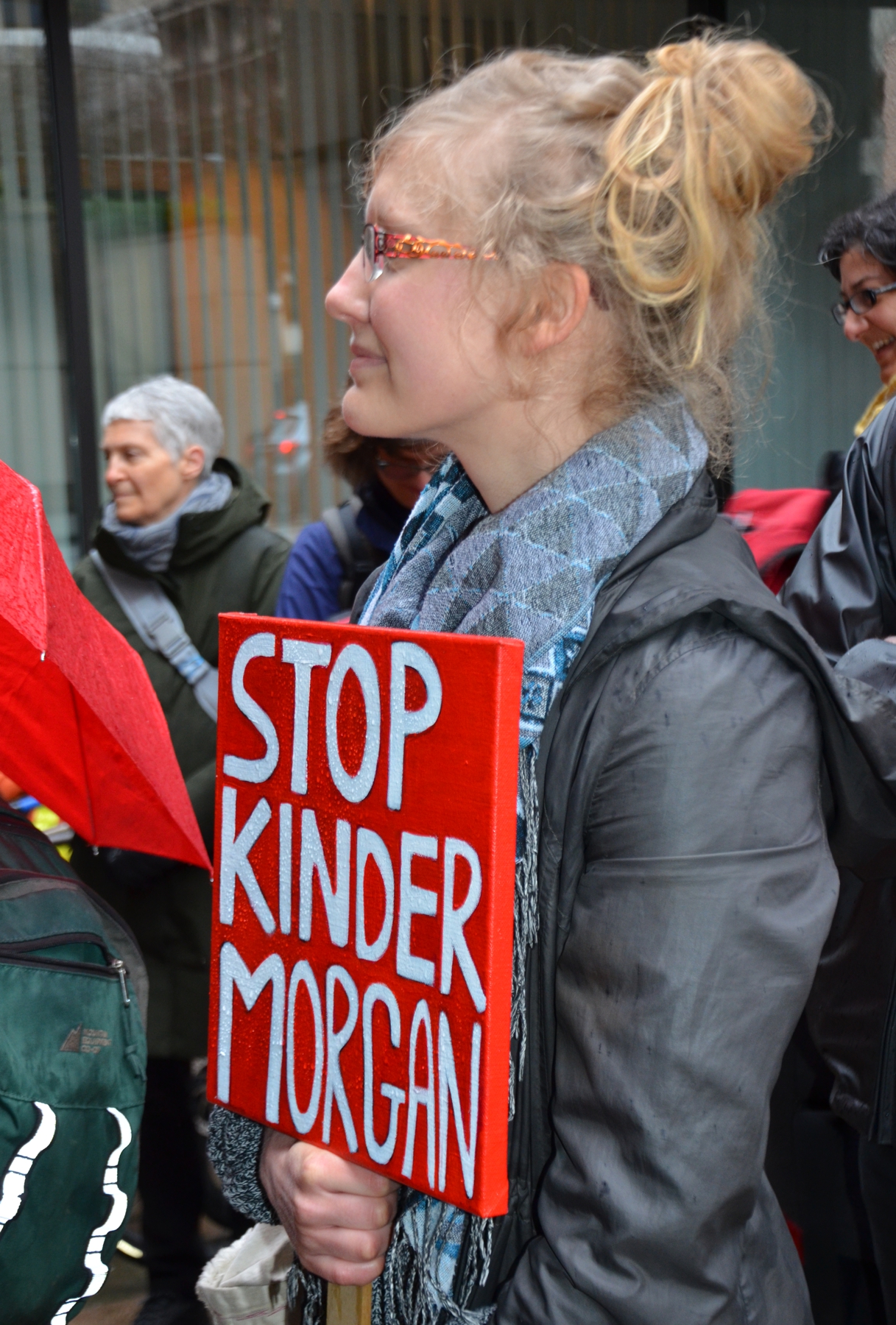 In the spring of 2017, a judicial review to stop the Kinder Morgan pipeline expansion was filed  by the Tsleil-Waututh (North Vancouver), Sto:lo (upper Fraser Valley), Coldwater and Upper Nicola bands (Merritt) and the Stk’emlupsemc Te Secwepemc (Kamloops). Also included were the cities of Burnaby and Vancouver and the Raincoast Conservation Foundation and Living Oceans Society.

The review was heard in October 2017, and throughout the province the project is at a standstill until the federal government makes a decision - except in Burnaby. Kinder Morgan got approval to begin expanding the Westridge Marine Terminal and tank farm on Burnaby Mountan.

The National Energy Board allowed Kinder Morgan to bypass local laws and  permits after the company argued that it's a federal project. The City of Burnaby is appealing that decision. The B.C. government is also working to restrict any increase of diluted bitumen passing through the province while it studies spill impacts. In February, the NEB granted Kinder Morgan permission to build a pipeline tunnel through Burnaby Mountan to connect its tank farm to its tanker terminal on Burrard Inlet.

A grassroots group of pipeline opponents set up Camp Cloud KM Surveillance last November near the main Westbridge Marine Terminal gate to track developments. Five days later, the City of Burnaby evicted them, placing giant cement blocks where they had been parked. Camp Cloud KM Surveillance relocated to outside the tank farm and continued to keep tabs on any expansion work.  Last Wednesday, the mass clearing of trees began. It’s estimated about 400 trees have aready been cleared, and that number is climbing daily.

There have been nine arrests since Camp Cloud was set up. Notably, last Thursday - on International Women’s Day - three women chained themselves to trees, slowing down work for hours. The RCMP officers who arrested them were all men. They sexually assaulted one woman, making her strip off her layers of clothes, then gave her a t-shirt - an experience she said felt degrading and disrespectful. She told them: “You're lucky I let you arrest me, because you're criminalizing people who are defending the water you drink”.

This group has been holding regular blockades at Westridge Terminal and Port Moody since December. Their morning blockades are frequent and usually last a few hours. The group's name comes from Trudeau's statement that "governments grant permits, only communities grant permission".

Last Friday, a B.C. Supreme Court judge granted Kinder Morgan a temporary  interim injunction against 15 activists. The company can now use the RCMP to forcibly remove and arrest these people if they are found within 50 metres  of "Kinder Morgan property".

That temporary injunction was granted one day before a mass Save The Inlet protest brought out an estimated 10,000 people to show their opposition to the project. During the protest, the Tsleil Wututh built a traditional Kwekwecnewtxw house (“the place to watch from”) near the Kinder Morgan Tank Farm.

Today, those protesters named in the application argued on three major points:

1. Indigenous Peoples have the right to Free, Prior and Informed Consent to any development on their territory. Tsleil Waututh, Secwepemc and other Indigenous peoples have made their opposition to this pipeline clear and we stand with them.

2. This injunction puts Kinder Morgan’s pursuit of profit above people’s safety, livelihood, and ability to exercise free expression and to move freely on our streets and in our neighborhoods. Further, the over-use of injunctions in B.C. against social movements represents a large-scale assault on our civil liberties.

3.We have been told repeatedly that KM security and the RCMP are acting in the interests of our safety. We assert that transporting tar sands bitumen across land and water for export constitutes reckless endangerment and it is we who have acted in good conscience for the safety of our families, communities and ecosystem.

The lawyer for Kinder Morgan spoke all morning and those named in the applicaton began to speak in the afternoon. The hearing will reconvene tomorrow  at the B.C. Supreme Court starting at 10 am at 800 Smithe St.,  Courtroom 55.

Quotes from some of the defendants

“What Kinder Morgan is doing is classic colonialism: the wealthy and powerful coming into someone else's space and forcing their will on the people and environment with no concern for either in order to further enrich themselves.” - David Mivasair

“I have lived and raised my daughters in Coquitlam. Everyone from Coquitlam knows that you don't get in between a Mama bear and her cubs! The Kinder Morgan Expansion Pipeline is threatening my children's future; the Salmon; and the Resident Orcas. Kinder Morgan you don't want to piss off Mama Bear!” - Sandra Ang

“This suit is a David and Goliath story and those don’t end well for the giant.” - Rev. Laurel Dykstra