Response to Liberal government decriminalization position on eve of vote

Response to Liberal government decriminalization position on eve of vote 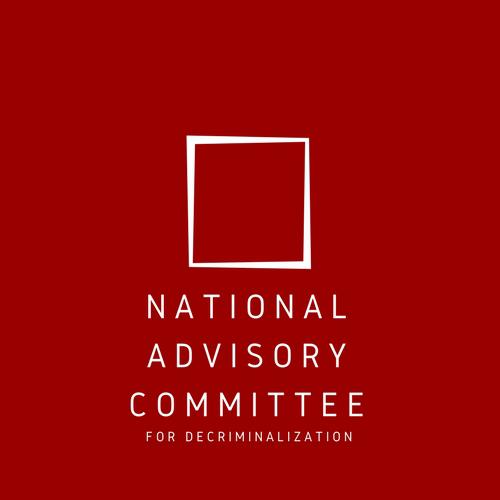 OTTAWA, APRIL 20, FOR IMMEDIATE RELEASE -
The signatories of the open letter regarding the Liberal convention resolution on the opioid crisis, to be voted upon Saturday morning, are perhaps the people most qualified to help draft a "made-in-Canada" approach.

"I think we have to develop the Canadian model here," were the reported words of federal Health Minister Ginette Petitpas Taylor from Wednesday, speaking against the proposal for decriminalization.

Can 'the Canadian model' not include decriminalization?

The open letter published this past Monday, now with over 350 signatories, was drafted to urge an adoption of decriminalization of possession for all drugs because too many people are dying needlessly.
The hope is that the Liberal party membership will vote overwhelmingly tomorrow morning in support of protecting the health and lives of vulnerable Canadians, and also that the government will move quickly to implement this needed step.
One signatory to the open letter, Dr. Hakique Virani of the University of Alberta and Metro City Medical Clinic (Edmonton), wrote almost exactly two years ago in the Globe and Mail about the dangers of politics driving public health on this crisis. Since that time, approximately 6600 Canadians have died from overdose, at a rate higher than for the AIDS epidemic at its peak. "Instead of working in the truly autonomous, nimble, and responsive public-health authorities that post-SARS Commissions envisioned, our top public-health officers remain beholden to their employers in rigid bureaucracies. So, ministerial crisis response teams are preoccupied with approval ratings rather than evidence, committees rather than commitments, and spin-doctoring rather than medical-doctoring. Of course, when they finally get around to solutions, they are not supported by scientific evidence" Hakique wrote in April 2016.
Signatory Sarah Blyth of the Overdose Prevention Society Vancouver, who was described yesterday in the Georgia Straight as the person who has played perhaps the most significant role in Vancouver's response to the overdose crisis, provides this experience-based 'common-sense' perspective: "All frontline workers including the police know we can’t continue to arrest our way out of this crisis. We need safe alternatives where people can have access to something that won’t kill them, given by people who care. Then the overdoses and ambulance calls will end, survival sex trade and property crime will be reduced, and gangsters that don’t care will be out of a job."
The president of signatory organization Canadian HIV/AIDS Legal Network, Richard Elliot, co-wrote an op-ed in yesterday's Globe and Mail with Ruth Dreifuss, chair of the Global Commission on Drug Policy and former president of Switzerland. After their supporting arguments, they summarized the position: "By calling for the decriminalization of possession of drugs for personal use, we are not encouraging drug use. Rather, we wish to end the stigmatization of members of our communities, promote public safety and health, and save lives."

[*Addition:] Signatory Marilou Gagnon, receiving the Leadership Award in Political Action today at the RNAO (Registered Nurses Association of Ontario) AGM, said: "This government says that it supports harm reduction but it refuses to address the single most harmful thing out there: criminalization. Harm reduction will never work to its full potential as long as it’s done in a harm-inducing context. Decriminalizing drug use is the most effective way to reduce harms, improve health, and connect people with health and social services. Decriminalizing is the most effective way to eliminate stigma and inequities. Decriminalizing is the most effective way to save lives. If the federal Health Minister is truly committed to harm reduction, she can no longer ignore the role that criminalization plays in harming people who use drugs. She must actively work to create a context that support, not punish people who use drugs." Gagnon is president of the national Harm Reduction Nurses Association, was one of the organizers of the Overdose Prevention Ottawa pop-up safe consumption site this past fall, and is an associate professor at the University of Ottawa.