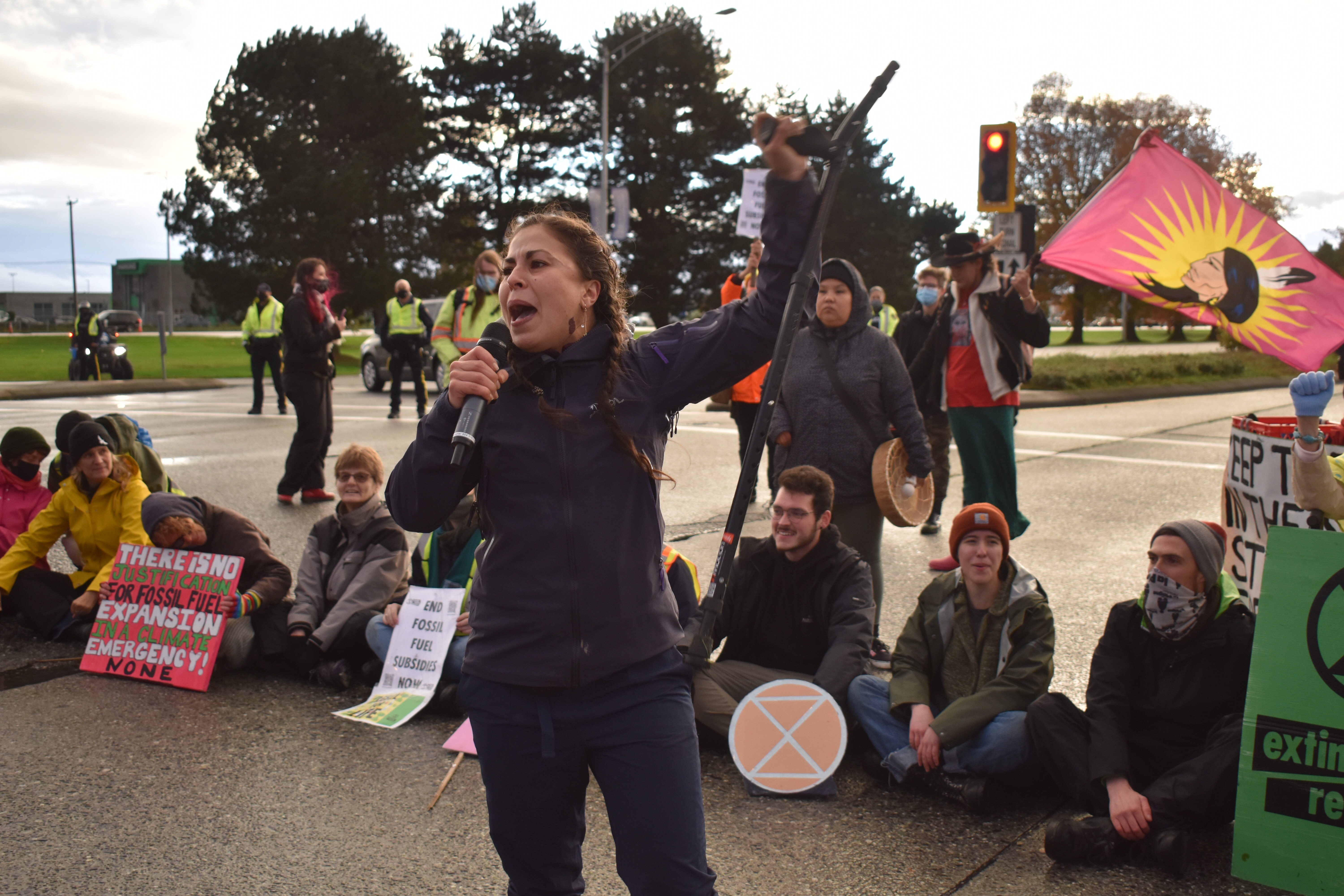 On October 25, 2021, Extinction Rebellion held joint actions at airports throughout Canada, including Toronto, Vancouver, Victoria, and Nanaimo, to address how aviation contributes to emissions causing climate change. Key roads were blocked, affecting flights in Vancouver and Nanaimo. In Vancouver, eighteen people laid on a major road leading to runways were arrested and released with mischief charges. One person who occupied a tarmac at the Nanaimo airport was also arrested. Strawberry, an Afro-Indigenous land defender who was among the arrested at YVR, said, "Today's protest to end the fossil fuel subsidy felt successful. Eighteen land defenders were arrested. We took a stand in front of YVR International Airport against corrupt political leaders who put industry profit over our climate crisis. The Canadian government uses tax-paying dollars to subsidize the fossil fuel industry; it also used this money to force Indigenous peoples off their land, violating Indigenous sovereignty rights. I will not stand for this anymore! We have to protest to pressure the government to change. We have no time to waste." Yesterday's actions follow nine consecutive days of direct action in XR Vancouver's October Rebellion, which has seen a total of forty arrests. Another disruption of Toronto Pearson (YYZ) airport is scheduled for this Thursday. 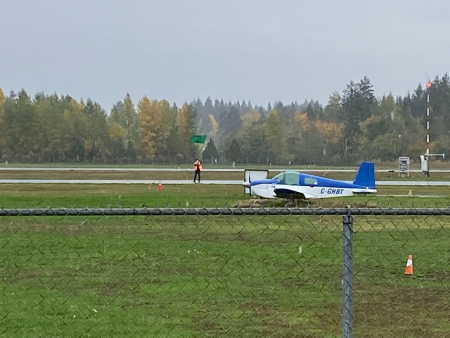 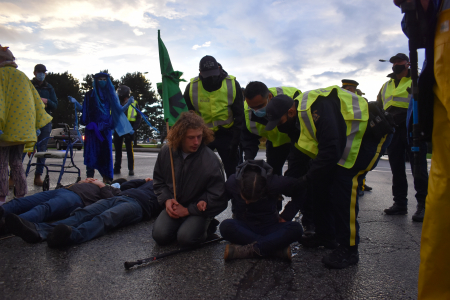