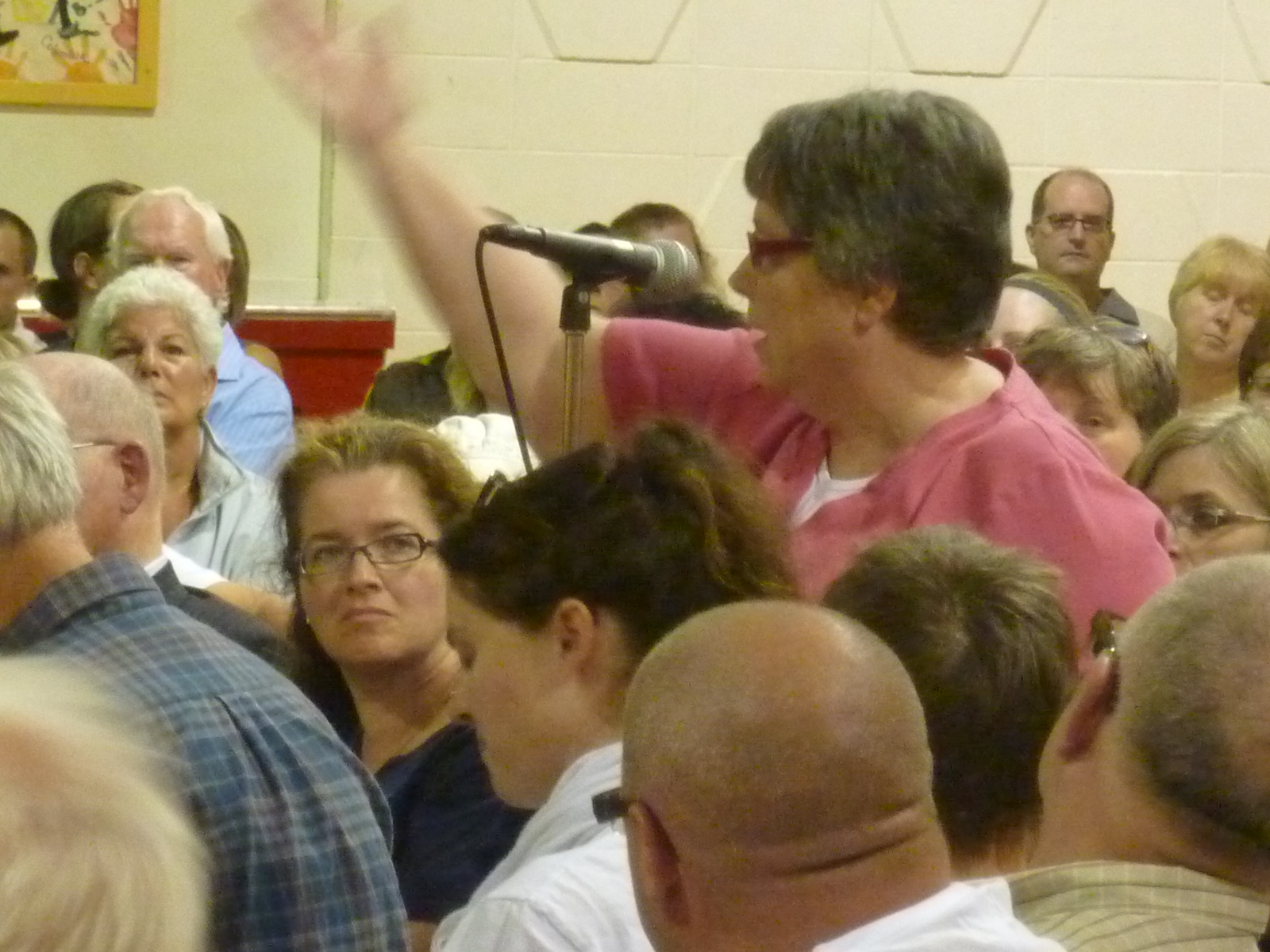 Several hundred people packed a community meeting last night to oppose a municipal plan to widen Bayers Road. With a few exceptions, the crowd criticized the plan, which would widen the road from three to four lanes in some parts and from four to six lanes closer to the Bicentennial Highway (Highway 102).â€¨â€¨

Opponents to the plan say that widening Bayers Road is unnecessary in terms of traffic congestion; it will funnel more cars downtown, where parking is already lacking; it will require the demolition of 90 homes; it will increase traffic speed, making the neighbourhood noisier and more dangerous to children, people with disabilities and cyclists; it will be far too expensive.  They said the cost estimates made in 2009 are likely far too low, and the money would be far better spent on transit and measures to make it easier to walk and bicycle.

The most repeated reaction to the plan was bafflement that, with the current state of public transit, the city would fail to prioritize improving the transit system in and around HRM to get people outside the city to and from downtown. They described the plan as "arcane," "idiotic," "the worst idea the city has come up with, ever," "disappointing," "uncreative," "lacking in innovation."â€¨â€¨

In attendance were several residents of Chebucto Road, who went through a similar battle with the city over the widening of their street.  Chebucto Road was widened, but with major improvements in the plan due to residents' pressure. Mayor Kelly told the meeting that he had learned a lot from the Chebucto Road experience and that there were better alternatives than widening Bayers Road.  "We cannot just tear apart neighbourhoods."â€¨

Two people spoke in favour of the plan, saying widening Bayers Road is a good use of tax dollars, and that lots of American cities are undergoing this kind of change, and Haligonians should stop being scared of change.

For more information, check out articles by Jim Guild with the Halifax Media Co-op and Tim Bousquet with The Coast. See also Spacing Atlantic, and sign the Ecology Action Centre's petition.