The Cost of Canada’s Militarist Culture: Perspectives From a Former Cadet

The Cost of Canada’s Militarist Culture: Perspectives From a Former Cadet

Is war rhetoric desensitizing Canadians to its effects?
by
Kelly Jarman 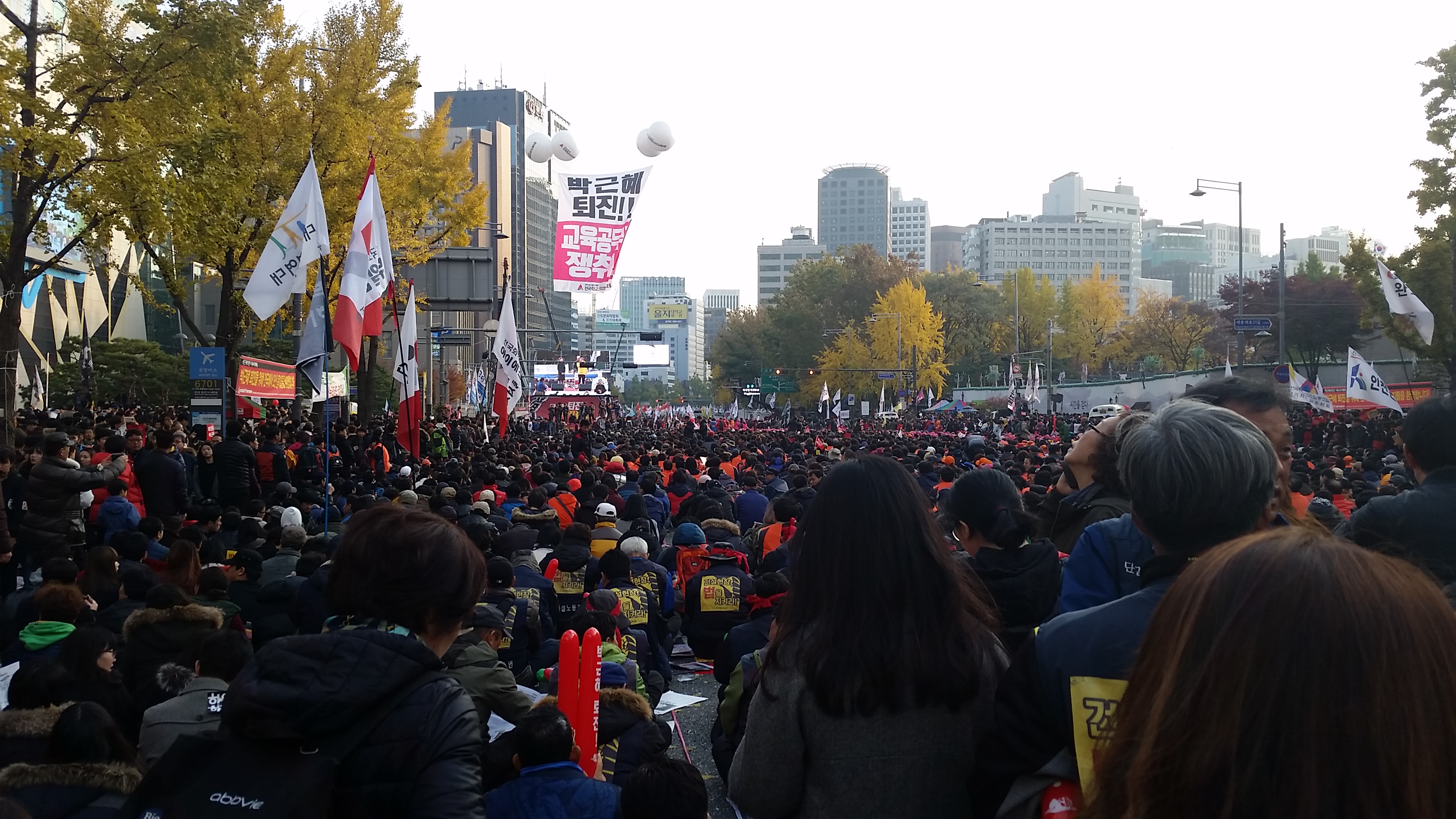 On April 23rd, Prime Minister Justin Trudeau announced the government would be deploying the Canadian Armed Forces to fight COVID-19 on what he had earlier described as the “front lines.” An interesting choice of words, I thought, given Canada’s devastating sanctions on North Korea imposed since last year as well as its controversial involvement in Iraq since 2014.

As a former cadet, this has led me to question the role of Canada’s militarist culture, and the effect this type of war rhetoric has on the minds of Canadians.

Growing up as a Canadian cadet, I was taught that the military is the most important aspect of society and that it deserves unquestioned respect. Trips to museums, Remembrance Day parades and even school assignments were all designed to instill in us the idea that soldiers are noble and that wars are fought for democracy and freedom. The very idea of citizenship is linked to military culture, something that became evident when we toured the HMCS Fredericton naval war ship during a so-called “Citizenship Trip.” To this day, I’m not clear what a naval ship has to do with citizenship.

Conversations at any cadet gathering are invariably the same: video games and pre-teen gossip, the Victoria Cross, whose brother or father was in Afghanistan and, of course, the Gurkhas – Nepali soldiers who we were taught had built a society that honoured martial prowess above all else: the ideal society by a cadet’s standards.

Canada’s Cadets program, known as Cadets Canada, has always been about the development of soldiers. The program began in the mid-19th century as "Drill Associations" to instill militarism in children amid an outburst of support for imperialism. The program ran into stiff opposition in the 1930s from parents who were wary of sending their children to the military after the First World War. As a result, the program was scrapped from schools and made voluntary. Today, it is plagued with scandals of veterans and soldiers who have used it to prey upon children sexually.

It was only after moving to South Korea in 2014, that I would come to understand how Canada’s militarism left not democracy but decades of silence, pain and suffering in South Korea following the Korean War in the 1950s.

After the Second World War, Koreans were creating a unified state and undoing the wrongs of Japanese colonialism. Western intervention interrupted that historical process, leaving Korea divided to this day.

I arrived in South Korea in 2014 for a job after graduating university and have never left. At first, all I knew about Korea came from a cheap paperback I had read about Canada’s role in the Korean War. Canada had sent 20,000 soldiers to join the United Nations force, I had learned, so I felt obligated to visit battle sites.

That book had painted Canadians as benevolent and well-trained soldiers protecting civilians, while Americans were presented as arrogant and wasteful, namely for their blundering attempt to invade China. It reduced Korean history to a series of battles led by foreign forces and UN decisions, while Koreans themselves were barely mentioned. By its end, I was left believing that the UN saved South Korea in the name of freedom and democracy. (Today, I call this widespread opinion what it really is: Western arrogance.)

The book had left me with the impression that South Korea had somehow disappeared from history only to reappear in the 1990s as a democratic success story. It did so by skipping from the 1950s directly to the ‘90s, leaving me with no information about what had happened outside those years. The brutal dictatorships in between had been conveniently left out as they undermined the narrative that the Korean War of the ‘50s had been waged to protect democracy.

My time in South Korea, however, had started to undermine those ideas and my beliefs about war and the military in general.

In my first year here, I visited the Korean War Memorial and the adjacent museum, next to the American military base. The museum stands as a token of appreciation to veterans, and it serves as a reminder that the Korean War was fought over “liberty” with the help of former American General Douglas MacArthur. Today, elderly Koreans in downtown Seol can still be seen marching, waving American and Israeli flags to publicly thank Western veterans and Donald Trump.

But not everybody feels the same.

In late 2016 and 2017, Seoul’s downtown was flooded with demonstrators against the right-wing president Park Geun-hye, who was accused of corruption.

As I walked through the protests, what I witnessed betrayed the idea that war and battle were the precursors to democracy, as the Cadet program had instilled in me. From what I was seeing, in South Korea, that simply wasn’t the case.

For one, Koreans from all walks of life happily cooperated with each other and milled about as bands played, people sang and entrepreneurs sold foam mats and water. There was no sign of military might being celebrated.

In fact, while the protests had been sparked by corruption allegations against Park Geun-hye, they were also about rejecting militarism.

Park had closely cooperated with the US in military and free-trade agreements and had controversially installed anti-missile defense batteries in South Korea, which critics considered to be aggravating the global nuclear arms race. As a result, large democratic movements had begun incorporating anti-militarism and making it a central part of their mandate.

Unions and radical student groups, I came to learn, also played a major role in the pro-democracy movements that continue to this day in South Korea.

Still surviving in the middle of Dongdaemun – one of South Korea’s biggest shopping centres – are long warehouses that snake their way through a shopping district. Today, tourists wander through the long, cramped buildings of the fabric markets looking for deals on fabric and cheap clothes. But Dongdaemun was once also the centre of South Korean fabric manufacturing and the heart of Park Chung-hee’s drive for development.

Park Geun-hye is the daughter of Park Chung-hee, a military dictator who ruled South Korea for decades with an iron fist. After the Korean War, South Korea was a devastated state with no resources and needed to rebuild.

Enter Park Chung-hee’s dictatorship, which used US loans received as payment for deploying South Korean soldiers to the Vietnam War, to develop the nation’s economy through large business conglomerates. South Korean workers, particularly in those notorious fabric markets, were consequently subjected to deplorable working conditions, little pay and no democratic freedoms in order to develop the economy.

In 2018, with the help of members of the International Strategy Centre, a South Korean group covering the 2016 protests in English, I met Shin Soon-aeh, a labour and union activist who had worked in those infamous fabric markets in the 1960s under Chung-hee’s dictatorship.

She recalled how women worked long hours for very little money and were forced to share one bathroom with all workers in the building. The almost entirely female workforce didn’t have menstrual products, she said, and had to walk across the cramped factory floor just to go to the washroom. The hours were long and the pay was miserable.

Similar conditions occurred in the massive industrial factories of Guro before it became the “Guro Digital Industrial Complex.” In the 1980s, workers there had slaved for measly wages in order to develop South Korea’s industrial might under the dictatorships of Park Chung-hee and then Chun Doo-hwan.

According to Soon-aeh, it was in the fabric markets that the modern South Korean left and subsequent pro-democracy movements were born. That moment will perhaps forever be marked by the solemn day when a young man named Jeon Tae-il had self-immolated outside her workplace in protest against the treatment of workers, she recalled.

It was his sacrifice that would impulse future students to risk arrest, torture and sexual assault in order to organize unions in factories in Guro District in the 1980s. As a result, a massive pro-democracy movement built from the might of unions and radical students who worked together to overthrow Chun’s dictatorship was established.

South Korea’s first president from those pro-democracy movements, Kim Dae-jung, would come to be elected in 1997.

Contrary to what I had learned as a Canadian Cadet, it was the sacrifice of people like Jeon Tae-il and the strength of subsequent popular movements by South Koreans that had brought democratic reforms to South Korea. Not war. And certainly not Canada.

In Canada, at school, Remembrance Day was a time to celebrate the vileness of war: children participated in essay-writing contests on the theme of Remembrance Day through either written melodramas or recreations of World War II video games.

This is in stark contrast to what I witnessed when I visited the Jeju 4.3 museum, a memorial to the victims of the 1948 Jeju Uprising. That year, Jeju islanders protested the elections that would ratify the division of Korea. The South Korean government would respond by massacring the inhabitants of Jeju in a scorched-earth strategy.

When I visited the museum in 2019, it was eerily quiet, and posters plastered everywhere reminded visitors that the entire building was a memorial to the victims. There were no aggressive declarations such as “We will remember them.”

The museum’s very existence had been hard-won, as the Jeju Uprising, or 4.3 as it’s known in South Korea, was only acknowledged in the ‘90s, and any mention of it before then could be prosecuted under the National Security Law. In 2003, then-president of South Korea, Noh Moo-hyun, gave a formal apology and the museum was opened with funds from a legal settlement with the government.

The Jeju Uprising and the resulting massacre contradicted the idea that Canada and the UN had fought a “police action” to save a fledgling democracy in the Korean War.

As I left the museum, I was overcome by a sobering realization that betrayed all I had learned as a cadet: Canada hadn’t actually defended democracy in the Korean war. On the contrary, it had only created decades of suffering for South Koreans.

While declaring a war on COVID-19 might seem innocuous, the celebration of Canada's militarist culture is not. As seen in the case of South Korea, its legacy is one of pain and destruction.

As such, opposing a declaration of war at home is more important than ever as Canada currently enforces sanctions on North Korea, effectively continuing to disrupt the Korean peace process.

The assumption that the military fights for freedom and democracy, which I used to believe in, stands in the way of peace. Declaring war on COVID-19 endangers Canadians and the rest of the world as it normalizes militarism.

Kelly Jarman works in Seoul, where he teaches business English and standardized tests. He works with the International Strategy Center to educate an international audience on Korean labour and social movements. He is originally from Fredericton, New Brunswick, where he took part in the literary community and student politics.