Excited Delirium Is Copaganda Bullshit to Let Killer Cops Off

Excited Delirium Is Copaganda Bullshit to Let Killer Cops Off 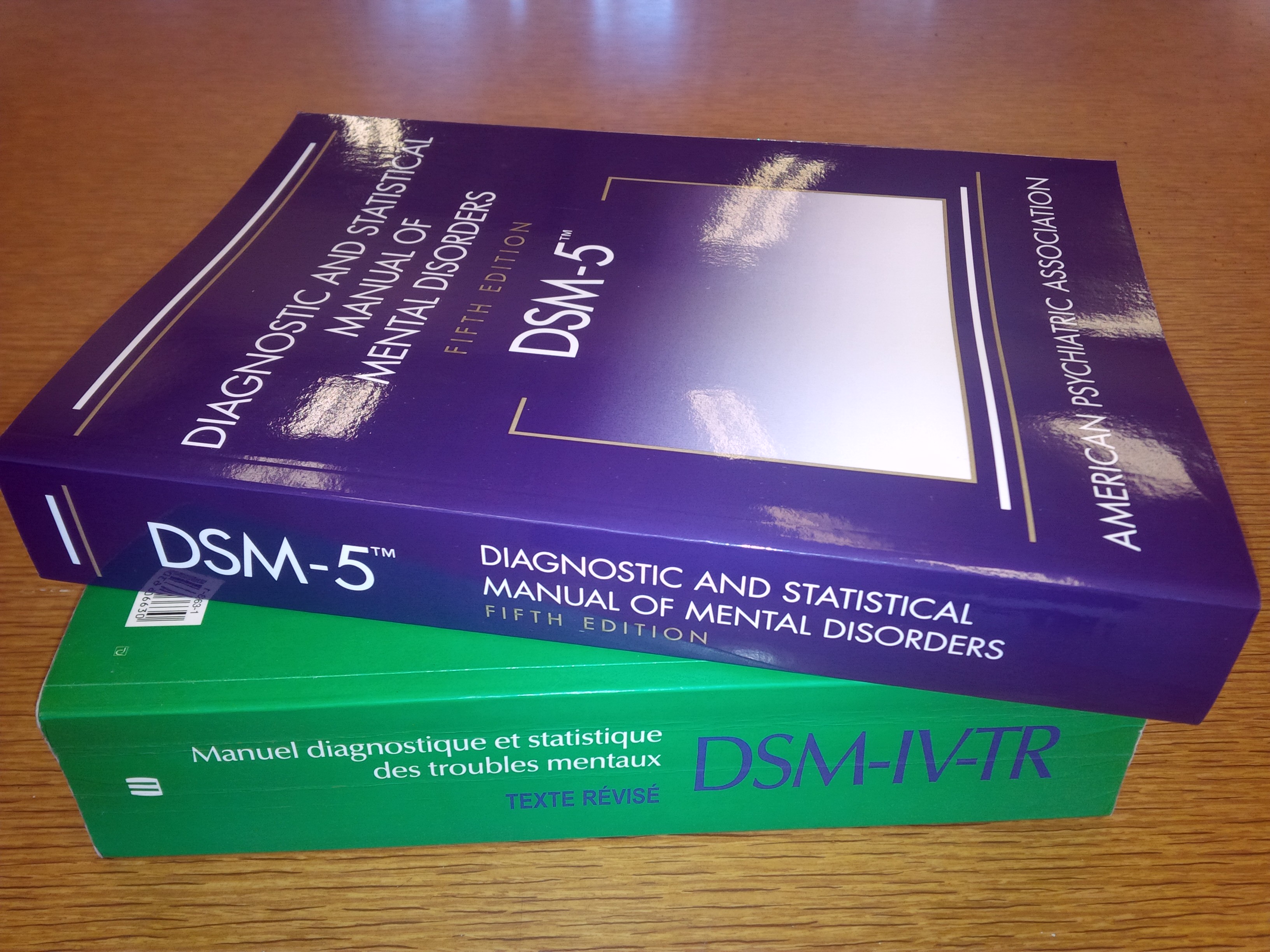 The notion of “excited delirium” makes its appearance in medical contexts almost exclusively as justification for police killings of civilians. It is an ideological tool used to excuse lethal police force. It has been used by police forces as a way to simultaneously blame victims for their own killings and give killer cops an out where no other explanation exists.

Police agencies and their ideological supporters, often located in criminology and psychology departments in universities and colleges, have developed entire cottage industries producing pseudo-science and pseudo-forensics, phony analyses, concepts, and terms, to justify and excuse police killings of civilians. These pseudo-scientific projects have constructed their own literatures, bodies of ideas, and “expert” witnesses supporting dubious “diagnoses” used to “explain” how it is that victims of police violence came to be responsible, biologically or psychologically, for their own murders.

Among the most pernicious and extensively developed and deployed of these pseudo-scientific diagnoses is the notorious notion of excited delirium. It is one of the favored excuses used by police and their statist supporters when officers kill civilians. Essentially, the claim is that people enter an altered state at some stage, often becoming more agitated, and then they suddenly die, possibly from a heart attack or other sudden bodily failure. It is an explanation considered dubious based on medical evidence and research, and has been largely promoted by the makers of tasers as a means of justifying deaths that result after taser deployment. The condition excited delirium is not found in DSM-5 or the ICD-10 (the current versions of the Diagnostic and Statistical Manual of Mental Disorders and the International Classification of Diseases, respectively). Excited delirium has not been recognized by the American Medical Association or the American Psychological Association. Police psychologist Mike Webster called it a dubious diagnosis during the inquiry into the RCMP killing of Robert Dziekanski by taser at Vancouver International airport.

While the dubious claim of excited delirium has no psychological or medical basis it is routinely used to let police officers walk away from any accountability when they kill civilians. Despite the recognition that excited delirium has no basis in scientific, psychological or medical reality, it is still used in investigative cases on police killings, often by coroners’ offices in the Canadian context, for example.

The Dubious Diagnosis of Excited Delirium

Excited delirium has come under growing public scrutiny in recent years given the overwhelming proportion of diagnoses related to deaths involving police use of compliance holds and/or use of tasers. Typically these diagnoses are provided only by medical examiners, not by hospital or emergency room doctors. Furthermore, and as alarming, there is the fact that excited delirium is presently not a recognized medical or psychiatric diagnosis by either the Diagnostic and Statistical Manual of Mental Disorders (DSM-IVTR) of the American Psychiatric Association or the International Classification of Diseases (ICD-9) of the World Health Organization. Due to these troubling facts, it is widely considered that the real cause of death in cases identified after the fact as instances of excited delirium are actually caused by straightforward police violence and use if force. These are often related to taser use and positional asphyxia (suffocation).

Civil rights groups have argued that diagnoses of excited delirium are only applied after the fact to get police officers off the hook in cases in which excessive force has resulted in the death of a civilian. The U.S.-based National Association for the Advancement of Colored People (NAACP) reported in 2003 that excited delirium diagnoses are provided more often in explaining the deaths of minorities than they are in the deaths of white victims. In 2007, Eric Balaban of the American Civil Liberties Union noted that excited delirium was not recognized by the American Medical Association or the American Psychological Association and that the diagnosis simply served “as a means of white-washing what may be excessive use of force and inappropriate use of control techniques by officers during an arrest” (NPR 2007). Melissa Smith of the American Medical Association confirmed in 2007 that the association had “no official policy” on the supposed condition (ABC News 2007).

Excited delirium is not recognized in Australia by the Australasian College for Emergency Medicine, the Australian Medical Association or any other registered medical body. Neither is it recognized in law. A 2015 case, in which a man who had been declared to have died from excited delirium was overturned by a ruling in the Victorian Coroners Court. The presiding coroner in that case concluded that neither excited delirium nor so called excited delirium syndrome are appropriate or helpful in providing a legitimate medical cause of death (Coroner’s Court of Victoria at Melbourne 2015).

In the Canadian state context, excited delirium received its greatest public attention with the 2007 RCMP killing of Robert Dziekanski, whose death police initially lied about publicly, suggesting he suffered excited delirium. Video by a civilian witness showed this claim to be untrue as Dziekanski was following police instructions when he was tased and jumped by police, causing his death. During the inquiry into police actions, police psychologist Mike Webster said police have been “brainwashed” by Taser International to justify “ridiculously inappropriate” use of the weapon. Webster referred to excited delirium as a “dubious disorder” pushed by Taser International during its police training (Hall 2008). A 2008 report on taser use by the RCMP, An Independent Review of the Adoption and Use of Conducted Energy Weapons by the Royal Canadian Mounted Police, concluded that excited delirium should not be included in the operational manual for the Mounties in the absence of formal approval following consultation with a mental-health-policy advisory body (Kiedrowski 2008). Justice Thomas Braidwood concluded the inquiry finding that excited delirium should not be used as part of police use of force training as it is not a legitimate medical condition.

In Canada, the excited delirium excuse was used to let killer cops off the hook in two cases within a three-week period over October and November of 2016. These cases involved the police killing of Maurizio Facchin (50) in Burnaby, British Columbia, in 2014, and Simon Chung (34) in Edmonton, Alberta, in 2013. Both cases involved the use of tasers by police and the men went into fatal distress only after a taser was used on them.

Excited delirium copaganda was thrown up once again in Alberta to excuse Edmonton Police Service officers who killed a 25-year-old man on April 29, 2015. The Alberta Serious Incident Response Team (ASIRT) offered the excited delirium defense in findings released on April 18, 2017, two years after the young victim died after being subjected to force by multiple officers while in police custody.

ASIRT seems particularly fond of using these excuses to justify killings of civilians by police. On August 28, 2017, they again trotted out the excited delirium excuse to justify the police killing of a 49-year-old man, Marcel Henry Moisan, in the late evening/early morning of December 7-8, 2015, involving multiple taser deployments and physical restraint.

In another case, killer cop Brian Taylor provided two days of questionable, even outright unbelievable, testimony during the coroner’s inquest into his 2013 killing of 47-year-old Michael MacIsaac. As witnesses and 911 call evidence contradicted much of his depiction of events, Constable Taylor turned to the bogus and obnoxious “excited delirium” excuse to blame the victim.

Perhaps the most infamous attempt to use excited delirium in a courtroom came in killer cop James Forcillo’s defense for shooting and killing Sammy Yatim while the young man was alone and in obvious distress on a Toronto streetcar. Forcillo’s defense team even had a copaganda “criminologist” give testimony that was eventually excluded. Even the court found that at the time of the killing Forcillo had no indication that Yatim exhibited any of the supposed symptoms of excited delirium. Forcillo’s team sought to use this exclusion as a basis for appeal.

While the dubious claim of excited delirium has no psychological or medical basis, it is routinely used to let police officers walk away from any accountability when they kill civilians. Despite the recognition that excited delirium has no basis in scientific, psychological or medical, reality, it is still used in investigative cases on police killings, often by coroners’ offices in the Canadian context, for example.

In a subsequent article I will examine some of these cases in greater detail and show how these copaganda claims are made in specific practice.

Coroner’s Court of Victoria at Melbourne. 2015. Finding into Death with Inquest—Inquest into the Death of Odisseas Vekiaris.

Kiedrowski, John. 2008. An Independent Review of the Adoption and Use of Conducted Energy Weapons by the Royal Canadian Mounted Police. Ottawa: RCMP