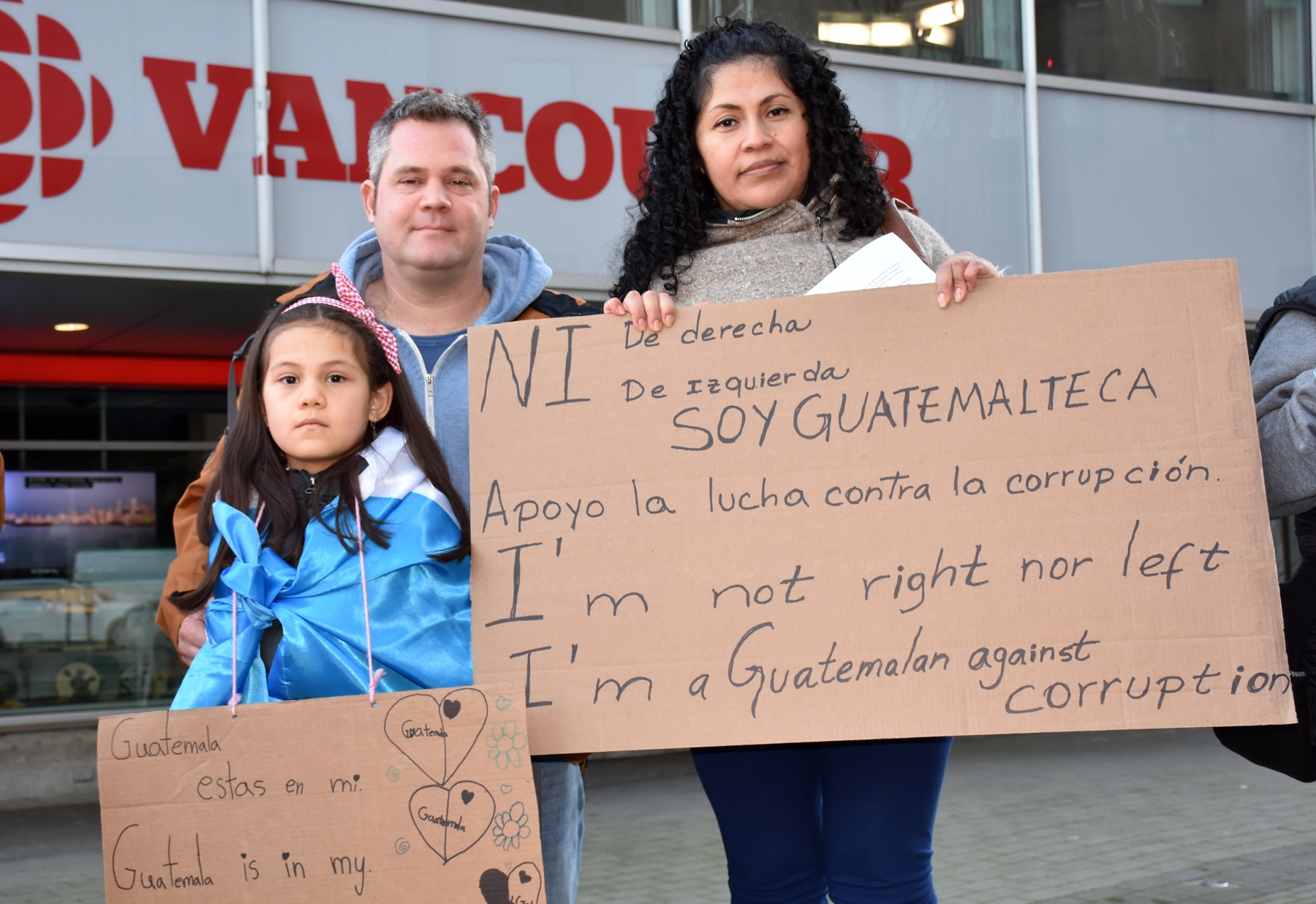 Today, I would like to have a face-to-face moment with the Honorable Ahmed Hussen, Minister of
Immigration, Refugees and Citizenship, to talk with him about Guatemala and  Canada’s commitment as a signatory to the Global Compact for Migration. I want him to address “the adverse drivers and structural factors that hinder people from building and maintaining  sustainable” and peaceful livelihoods in their countries of origin and the factors that compel them to seek a future in other countries.

My message is also to  Foreign Affairs Minister Chrystia Freeland and to Darren Fisher,  the Member of Parliament representing the Dartmouth riding where I live. Today, addressing Canada’s new commitment is timely in the Context of Guatemala – the country where I was born.

Guatemala urgently needs continuous support from the Canadian government for the International Commission Against Impunity in Guatemala (CICIG). This UN-sponsored body has been helping key public institutions in Guatemala combat impunity and corruption and protect human rights. But on January 7, President Jimmy Morales unilaterally and  unconstitutionally terminated the agreement and gave all CICIG officials 24 hours to leave the country. UN Secretary-General António Guterres strongly rejected the summary closure, as have many Guatemalans.

Minister Freeland has offered a statement indicating that Canada is “deeply disappointed” by the Guatemalan government’s announcement. Guatemalans need Canada to continue to publicly condemn Morales’s decision to expel CICIG and recent actions by the Legislature to undermine the rule of law by seeking the impeachment of three Constitutional Court magistrates who ruled Morales’s action unconstitutional (an estimated 20 percent of Guatemalan Legislators are or have been under investigation). Breaking The Silence Maritimes-Guatemala Solidarity Network and 24 other Canadian civil society organizations have sent a letter to the Canadian government calling for continued pressure.

The pioneering anti-corruption work by CICIG is now at risk as Morales has provoked a constitutional crisis by defying Guatemala’s highest court and terminating the UN agreement. CICIG investigators have already missed a preliminary hearing because they are no longer in the country.  Analysts are calling this a “slow-motion-coup” – one that could have dire implications with ripple effects well beyond Guatemala’s borders.

Guatemala is considered one of Latin America’s most corrupt countries. Impunity and corruption have been major barriers to social and economic growth and progress on justice issues stemming from the 36-year civil war and genocide against Ixil Mayan peoples.

Since 2006, CICIG has been a key player in the struggle against corruption and impunity.
Morales’s bid to expel the Commission is part of  a series of attempts to reduce freedom of
expression and constrain civil society organizations. Morales and members of his own family
have been the subjects of multiple CICIG investigations. He has been accused of accepting
illicit campaign contributions while his brother Samuel and his son Jose Manuel have been
investigated and accused of defrauding the National Property Registry.

Last August, Morales announced that he would not renew CICIG’s mandate after it expires in September 2019. He did so surrounded by close to 100 military officers and with military vehicles parked outside CICIG headquarters in the capital. Morales also declared CICIG chief Ivan  Velasquez a “security threat” and tried to bar him from re-entering the country. Velasquez is the Colombian prosecutor who has led the team of international and Guatemalan investigators. They identified 60 criminal structures and exposed multimillion-dollar corruption schemes involving  elected officials, businesspeople and bureaucrats - including one that led to the resignation, arrest and trial of then president Otto Pérez Molina and his vice-president Roxana Baldetti.

CICIG has supported Guatemala’s Public Prosecutor’s office and  has also contributed to the
strengthening of the Guatemalan judiciary through the creation of so-called “high-risk” courts. In addition to high-level financial crime and organized crime cases, these courts enabled a series of high-profile prosecutions of retired military leaders, including the late former military dictator Efrain Rios Montt for crimes against humanity during the civil war.

For the past six months we have witnessed the mass movement of migrants from Central America’s Northern Triangle. Among them are hundreds of Guatemalans including families, pregnant women, newborns, children, women, men and youth, LGBTQ2SIA+. They are escaping life-or-death situations as much as poverty.

Rather than dying of hunger, violence, land displacement and repression in Guatemala, they take the risks and brave the perils of the journey North in hopes to give their loved ones a chance to live, and maybe a chance to live well. They carry a myriad of stories: the murder of a loved one; an extortion payment death threat; gangs; rape; harassment by police and hunger. Their lives are intricately connected to the civil war and genocide of the ’70s and ’80s. As Liisa Malkii wrote on refugees and exile in 1995, “We must remember that involuntary or forced movements of people are always only one aspect of much larger constellations of sociopolitical and cultural processes and practices.”

So to support Guatemalans, Canada’s immigration policy must at least:

These elections are crucial for Guatemala, and are the first to be governed by the New Electoral Law. This year will also see the election of magistrates to the Supreme Court of Justice and Supreme Electoral Court. The June election could put pressure on Morales and his supporters to stall court proceedings in corruption cases in order to complete a coup before the vote.

Like they did during the civil war, Guatemalan civil society, rights organizations and Indigenous authorities are calling on the international community for support.  These threats against the rule of law have now reached a critical point. It is crucial that Canada and Canadians take a stand against corruption and impunity in Guatemala.

If we don’t act now, we will in effect be contributing to the rise of a new dictatorship in Guatemala.

María José is a social anthropologist and Chair of the Immigrant Migrant Women’s Association of Halifax.