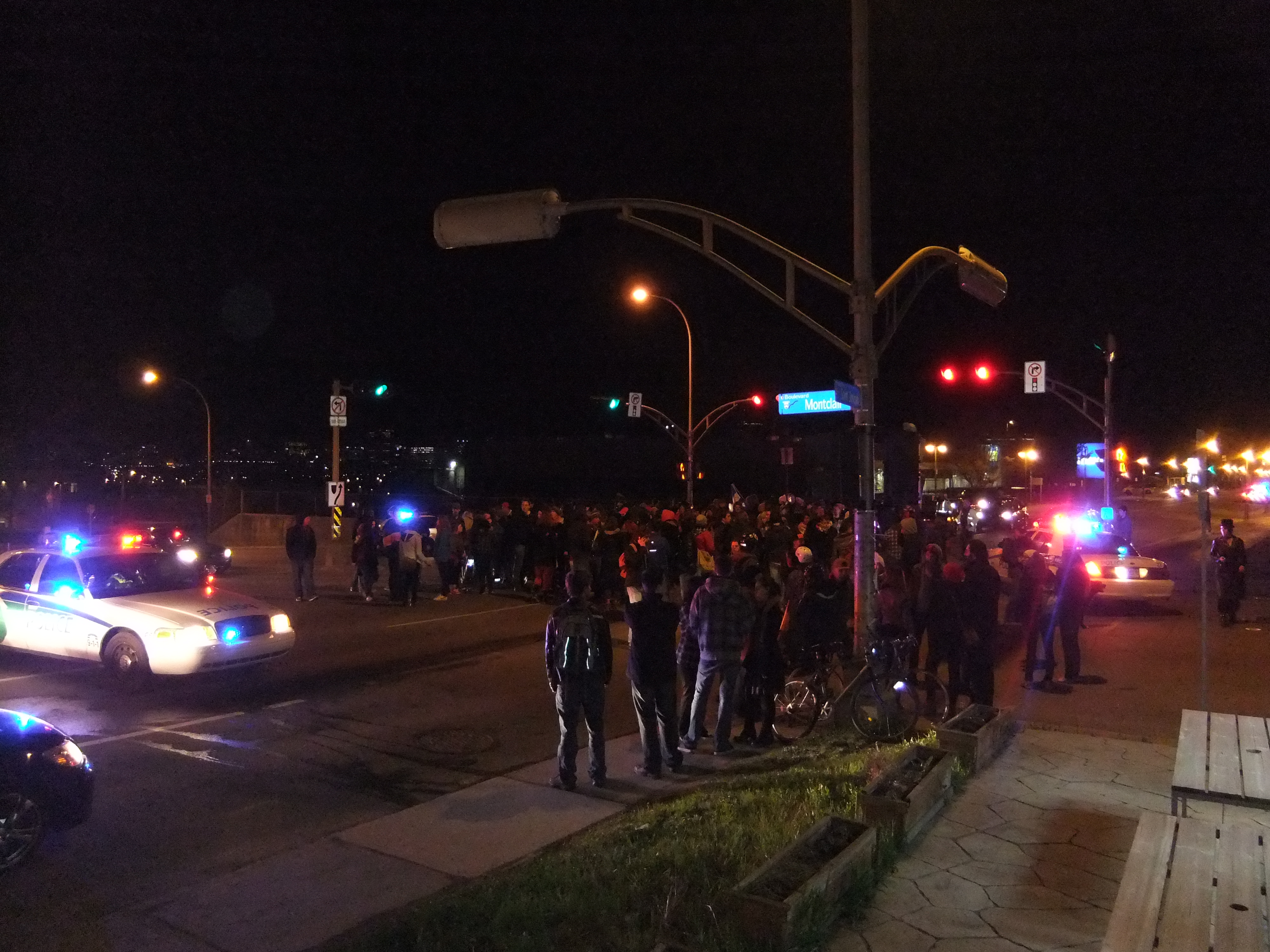 UniversitÃ© du QuÃ©bec en Outaouais (UQO) and CÃ©gep students snake-marched through the streets of the secteur de Hull for over two hours until just before 11:30pm.

Striking students from across Quebec staged a series of rolling protests on April 25 as a response to Education Minister Line Beauchamp’s decision to ban La Coalition large de l’Association pour une SolidaritÃ© Syndicale Ã‰tudiante (CLASSE) from negotiations between the government and the province’s student federations.

Almost 200,000 Quebec students have been on strike for almost three months after Jean Charest’s government announced tuition hikes of $325 per year for five years beginning in 2012.

Beauchamp accused CLASSE of being behind so-called violent demonstrations in Montreal on Tuesday. CLASSE denies any participation.

UQO students, after voting to go on strike on March 26, faced and overcame a 10-day injunction ordering them back to class and banning protests near campus.

Classes were suspended on all but two days as students used direct action tactics to force cancellations, facing riot police, pepper spray, violence, and mass arrests. Over 300 were arrested in two days with a small number sent to hospital.

As a result of the mass arrests, students face conditions preventing them from being within 500 metres of either UQO campus, City Hall, or the Quebec Superior Court.

The court has since resumed the injunction, upheld the protest ban, and classes are being held online.

Students held a meeting Wednesday evening and then gathered at the Place Cartier at 9pm on St. Joseph Boulevard, in the north-central area of Hull.

The demonstration headed to the Casino du Lac-Leamy where the entrance was blocked for thirty minutes. The crowd then snake-marched up and down Boulevard de la CarriÃ¨re before heading up Boulevard Montclair to St. Joseph. Onlookers and motorists cheered, and people rushed to join the procession, its ranks swelling at times of upwards of 250 people.

The march continued up and down the street with a brief stop at a government office and continued into the residential area around Rue Gamelin. They proceeded as far west as Lac des FÃ©es Parkway and headed back to the gathering point via Boulevard Saint-Raymond.

Demonstrators darted in and out of the crowd, covering lampposts, road signs, and commercial billboards with pieces of red tape cut into squares, the carrÃ© rouge representing the symbol of the Quebec-wide student strike.

As the march thinned out at the original rallying point, police began to exit their vehicles, a large convoy had been following the demonstration all evening, and one officer pushed over a young man. The night concluded without incident.

In Montreal, riot police were out in force as thousands marched through the streets late into the night. Police made 85 arrests.

UQO students are set to vote Thursday to determine if the strike mandate will continue.