Views from on the ground in Western India
by
Sanket Jain 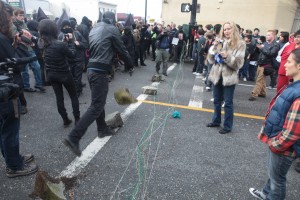 It took 137 days for India to record the first million COVID cases, a mere 21 days to register the next million, and only 16 more days to reach three million. Starting with a rampant spread in the metropolises, the epicenters are now moving to rural districts and towns.

As of August 22nd, India crossed 3 million cases, resulting in over 55,000 deaths. The immediate impact is an overburdened healthcare system that remains massively under-resourced. For every 10,926 people, there is one public allopathic doctor in India, as per the 2019 National Health Profile.

Over the years, this has become a hotbed for quacks that dominate the rural and semi-urban Indian healthcare, as access to an affordable hospital remains miles away.

The pandemic brutally exposed the ramifications of India’s neoliberal reforms.

A government’s 2014 report highlights that 86% of the rural and 82% of the urban population were not covered under any healthcare support expenditure.

Workers on the frontlines against COVID

To contain the community transmission of the virus, the Ministry of Health and Family Welfare designed a plan designating 970,000 Accredited Social Health Activists (ASHA, or community health workers), the role of contact tracing COVID cases across more than 600,000 villages. They survey door-to-door, find suspect cases, trace people who came in contact with them, inform senior medical officers, and spread community awareness regarding COVID. This is in addition to a multitude of tasks like ensuring safer pregnancies, vaccinations, providing medicines for common cold and cough, spreading awareness about government schemes, and much more.

The ASHA community health workers began surveying the communities from the third week of March with the training of a day or two. Reports swamped in about the lack of adequate healthcare gear given to the ASHA workers. In May, The Media Co-op reported on how healthcare workers were risking their lives every day to ensure their community remains safe.

As of August 16, Sunetra Kamble* (name changed to protect identity), surveyed more than 15,000 households across 150 days in her village of Kolhapur district, all without a personal protective equipment (PPE) kit and hand gloves. An ASHA worker for more than a decade, this is the longest she has worked without a break. She has a warning: “Villages are sitting on a mine of cases that are going to explode anytime soon.”

Her warning is turning out to be true as India registered over 50 percent of cases in July and August from the rural districts that only had one-fourth of the caseload from April through June.

Why are cases increasing rapidly in the villages? Sunetra explains it through her recent
experience.

When her village reported the first COVID case in July, she knew it wouldn't go well. The reasons include fear, stigma, the economic cost of quarantine, circulation of fake news and pseudoscience, and loss of livelihood. Ten members of a family she surveyed — all asymptomatic — tested positive for Coronavirus. “We were quarantined in a college hostel with 300 other people for 10 days," one of them tells The Media Co-op on a call. The parents were not tested and were not quarantined. "Not even once were we given any medicines. [The doctors] would just monitor the temperature and oxygen levels.” Neither were they handed any report stating they tested positive. “We checked our names in a PDF file,” he said.

When ASHA worker Sunetra suggested to this person getting his parents tested, he brutally denied. “No one even treats the younger people there. If our parents go there, they will fall sick and die.” All the ten family members were discharged from institutional quarantine without even a swab test to check if they had recovered.

Sunetra and seven other ASHA workers couldn't do much about it as the man was a pillar of the community. “What can we do? We’ve informed the senior medical officers and even the village governing body,” she says. Today, her remote village has crossed over 50 cases, spreading massive fear in the community.

She is now used to the abuse. “The least people and government can do is treat us with respect.” With mounting fear and stigmatization because of the Coronavirus, several ASHA workers reported how they are made a pariah in their own communities. “When I survey, a few people tell me what if we contract the virus from you?”

In August, more than half a million ASHA workers went on a two-day strike demanding better pay and adequate safety gear for their job. During this time, the Delhi police filed a First Information Report against more than 100 of them, stating they violated safety norms and didn’t have prior permission for the demonstration.

The ASHA workers in Maharashtra and several other states get a monthly honorarium of as little as Rs 3000-5000 ($52 to $88 CAD). Their work that initially spanned over four to five hours every day has now increased to ten hours, yet the pay remains miserable.

Since March, several ward boys, nurses, frontline doctors, sanitation workers, lab technicians, and others have been working long shifts with insufficient protection. In many states, the hospital authorities have decreased staff, delayed payments, and even cut salaries. The health workers have also complained of a lack of isolation and quarantine facilities for them.

One hundred ninety six doctors succumbed to the virus, of which 40 percent were general practitioners, and this prompted the Indian Medical Association to write to Prime Minister asking for adequate care for doctors and their families.

Funding flows, but in favour of private healthcare

On 8th April, the Supreme Court decided to make COVID testing free. After, the decision was challenged by private hospitals and labs, and the court modified its order stating that the private labs can charge fees decided by the Indian Council of Medical Research (ICMR). The testing in government facilities, however, remains free.

In an attempt to help the economy recover, the Finance Ministry announced a 20 lakh crore ($350 billion CAD) relief package. However, many of the benefits in the health sector were directed towards private healthcare that is handling much less burden as compared to the government facilities. Oxfam India mentioned that the hospitalization cost of a single day for treating COVID at a private hospital was equivalent to five months’ salary of an average Indian. “The package disappoints since it subsidises the private sector and doubles down on strategies that have not worked for India’s poor,” said Oxfam India’s CEO, Amitabh Behar.

For the last two weeks, India has been reporting more cases than the USA and Brazil, sometimes touching as high as 69,000 a day. The first case was reported on 30th January in Kerala — the south Indian communist state that was hailed for its efforts on flattening the curve and containing the virus. India has tested more than 30 million samples as of August 16. However, the World Health Organization (WHO) in August said that India’s testing was lower as compared to Germany, South Korea, USA, Japan.

For speedy detection, rapid antigen tests (RAT) were initiated in late June that make up to 25-30 percent of tests. Experts suggest that rapid tests have low sensitivity and can miss as many as 50 percent of the time. Hence the Indian Council of Medical Research issued a guideline to retest the people who tested negative and the ones who develop symptoms. Experts warn that if antigen negatives aren’t retested then there might be a risk of asymptomatic transmission of the virus that can go undetected. This raises several questions on India’s caseload which experts suggest are underreported.

Rapid privatization, massive wealth inequality, poor healthcare, and ill-framed policies have shown the world the problem with ‘old normal,’ including in India.