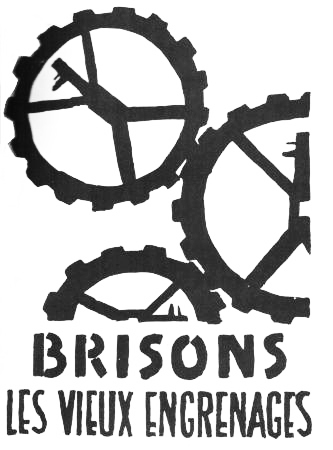 Media Co-op journalist sails with the Canadian Boat to Gaza

Miles Howe reported to us regularly from the Tahrir. Visit the Halifax Media Co-op for this coverage and more news from Halifax. Contact us (hmc@mediacoop.ca) for questions or for more detailed updates.

July 14, 2011
Lines in the Sand: One tile makes it from Nova Scotia to Gaza
by Miles Howe

July 6, 2011
From Halifax to Gaza, with Love: Miles Howe reports live from the Tahrir
by Christopher Cohoon, Moira Peters and Ben Sichel

July 2, 2011
PHOTOS: Not Giving Up!: Your Canadian Boat to Gaza activists and journalists
by Miles Howe

June 29, 2011
From Canada to Greece To Gaza: An interview with Miles Howe as he prepares to sail to Gaza aboard the Tahrir
by Praxis Media Productions

June 27, 2011
As we train to go: reflections on Boat to Gaza preparations in Greece, interview with Bob Lovelace
by Miles Howe

June 24, 2011
I Am Spartacus! As Greece prepares to boil, the Admiral speaks
by Miles Howe

June 22, 2011
Thousands Protest in Athens, Flotilla Must Wait For Now: Greek parliament survives confidence vote, but there's no confidence on the streets
by Miles Howe

June 21, 2011
What's In A Name: Activist or journalist...aboard the Tahrir does it matter?
by Miles Howe

June 9, 2011
Not Taking No For an Answer: Kevin Neish, the Mavi, and the Freedom Flotilla...Take II
by Miles Howe

June 3, 2011
Lest We Forget: One year after the Mavi, and why I'm sailing to Gaza
by Miles Howe

The Dominion Editorial Collective endorses the work of journalists aboard the Tahrir and condemns Israel's threats to their freedom to report.

Halifax Media Co-op journalist Miles Howe will join about 30 other Canadians on the Canadian Boat to Gaza, named the Tahrir, which will sail as part of the second â€œFreedom Flotilla." They will challenge Israelâ€™s blockade of Gaza, which has been called a â€œcrime against humanityâ€ by the United Nations Human Rights Council and condemned as illegal by practically every major international human rights body.

We are proud that a Media Co-op member and contributor will be on the Tahrir to bear witness and to report.

We are also deeply concerned that Israeli Prime Minister Binyamin Netanyahu has threatened to use â€œforceâ€ against the flotilla, hearkening back to the lethal Israeli military attack on last summerâ€™s Mavi Marmara that killed nine people on board. Canadian Foreign Affairs Minister John Bairdâ€™s irresponsible claim in late May of this year that the Canadian Boat to Gaza is "provocative" gives license to the Israeli government to carry out such threats. The Canadian government has a responsibility to ensure the safety of the members of the Tahrir and denounce any Israeli attempt to attack it.

As a media organization, we also have a special concern for press freedom. As the Canadian Boat to Gaza prepares to sail, the Israeli government will likely try to continue its practice of restricting journalists' rights to freedom of expression and access to information.

We condemn any targetting of journalists and attempts to suppress their ability to report on the situation, and we expect the Canadian government to do the same.

link to this letter

You are reading co-operative grassroots Canadian news. That means READERS fund our coverage. If you are reading this, consider supporting Miles and the work of the Media Co-op!