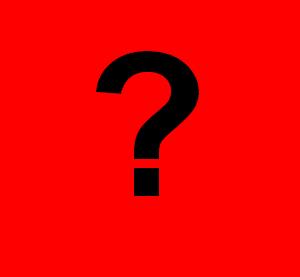 Pundits, especially pundits in the rest of Canada (ROC), were already having a hard time making heads or tails of the QuÃ©bec student strike, which had lasted 12 weeks by the time a “deal” had been struck between protesters and the government. But in the wake of the deal’s rejection by masses of students who have chosen, at great risk to their own careers, to continue the social struggle, the opinion-makers are really scratching their heads.

Today, both the rightwing Andrew Coyne and the “moderate” Chantal HÃ©bert (who represent what passes for the spectrum of opinion on CBC’s The National "At Issue" media panel) have put forward some strange ideas about the motivations of QuÃ©bec student protestors. Perhaps we can learn from their befuddlement.

Because the ROC was not already sufficiently misinformed about the QuÃ©bec student strike, Andrew Coyne had to publish an update in his national column, “In Quebec, a premier surrenders to mob rule.”

It is true that Premier Jean Charest has surrendered to “mob rule” (read rule by construction-connected mobsters), but that is old news. Everybody knows about Liberal Party of QuÃ©bec (PLQ) corruption.

Unfortunately, that is not what Coyne means by surrendering to mob rule. Incredibly, what Coyne says is that Charest has capitulated in the face of student protests by negotiating an agreement mischaracterized by Coyne as the establishment of a committee that would interfere with the management of universities.

If this was capitulation, why did students reject the agreement? Because, explains Coyne, “It was a capitulation that held within it the promise of further capitulations.” If the Premier gave an inch because of “violent” student tactics, they could surely make him move a mile.

Putting aside for a moment Coyne’s criticism of “violent” student strikers, there is the obvious problem that the PLQ has budged not even an inch to accommodate student concerns, let alone capitulate to any student demands. PLQ “capitulation” consists in agreeing to look at the recommendations of a 19-member committee (with 4 student representatives) about the creation of another committee. Both committees are to make recommendations about university financing that might offer some relief to students by reducing their administrative fees (if the Education Minister decides to implement the recommendations).

So why does Coyne chide Charest as the capitulator he obviously isn’t rather than laud him as the tough guy he obviously is? Simply put, because Charest is damaged goods.

PLQ corruption has become so obvious, especially in the area of party fundraising, that Coyne does not want to sully himself by cheering its hard-line anti-student stance. Instead, he draws an absurd parallel between the tactics of student protestors and those of the deep-pocketed friends of the PLQ.

A civilized society distributes resources in two ways. One is through the market, based on mutually beneficial exchange. The other is through the state, based on need: the only moral basis of redistribution.

But the coercive power of the state is all too easily diverted into other, less savoury schemes of redistribution: on the one hand, by lobbying, connections or outright bribes; on the other hand, by threats, whether of the lawful, pressure-group kind, or the unlawful, violence-and-mayhem kind. In either case the aim is the same: to enlist the state to extract from others what we could not persuade them to give us freely. This has nothing to do with need, and everything to do with raw power.

Those greedy students are criminals like the wealthy PLQ financiers. They pretend to be a social movement fighting for universal access to education, but they are just extortionists demanding their “cut.” And this is not only true of the “violence-and-mayhem kind” of protestors, but also the “lawful, pressure-group kind.”

Coyne thus implicitly justifies police actions against all protestors, including indiscriminate mass arrests and shooting plastic bullets into crowds. All protests that seek to “enlist the state to extract from others” (read call for a progressive income tax system to fund universal health and social services) are criminal actions. Lock up the occupiers, the union organizers, the social housing advocates, etc. They are just as bad as the PLQ-connected lobbyists and hucksters.

Never mind that the wealth the protestors want the state to “extract” belongs to corporations and the 1%, precisely the criminals who are lobbying and bribing the PLQ. It doesn’t matter. Property must be protected at all costs. If that means curtailing freedom of expression and freedom of assembly, then so be it.

Chantal HÃ©bert, who represents a “moderate” counterpoint to Coyne’s rightwing diatribes on CBC’s The National "At Issue" media panel, and is generally considered to be more knowledgeable about QuÃ©bec politics also penned a column on the student strike in the pages of the Toronto Star.

HÃ©bert does not share Coyne’s view that students are criminals like corrupt PLQ financiers. She says they are anti-democratic thugs using strong-arm tactics like the Conservative Party of Canada (CPC).

If students respected democracy, they would have accepted Charest’s offer, which was not a capitulation but a truce that would have put the tuition debate “on hold” until the next election (at which time students could fight to get the PQ or QuÃ©bec Solidaire elected to replace the anti-student PLQ). Since students have not accepted the PLQ offer, according to HÃ©bert, student strikers (or “boycotters” as she calls them) have rejected the ballot box and democracy.

So HÃ©bert stops short of criminalizing all protest that seeks to redistribute wealth. For her, protest become illegitimate when it fails to use the ballot box to advance its aims in a way HÃ©bert thinks would be strategically wise.

And HÃ©bert rejects the narrative of student protestors who see themselves as fighting for greater equality.

Over the past three months, the student activists who spearhead the boycott movement have been cast as proponents of a Quebec-style Arab spring. By now though, their energy is largely devoted to forcing the hand of a democratically elected government.

They are also said to be moved by the egalitarian spirit of the Occupy movement. But with a major expansion of student grants in the works, the students are mostly fighting for the entitlements of their upper middle-class peers.

Upper middle-class? Is that what it means to have a family income in excess of $45,000 (the new ceiling for full access to student financial aid)? When Mom and Dad make less than $25,000 each, how exactly are they supposed to help their kid stay out of debt?

HÃ©bert goes on to draw a parallel every bit as absurd as the one drawn by Coyne.

Their movement increasingly boils down to an extreme manifestation of a widespread disenchantment toward Canada’s elected institutions; one that is leading alienated voters of all ages and in all regions to see the ballot box as a dead end rather than as a means to an end.

This distorted view has repeatedly been reinforced over the years and nowhere more so these days than on Parliament Hill.

In the national capital, a government elected with barely four in every 10 votes a year ago has since been going out of its way to disenfranchise the majority that did not support it.

So because QuÃ©bec students are skeptical that the PQ will listen to them any more than the PLQ, they are rejecting the ballot-box like the arrogant CPC. And, like the Conservatives, student strikers are undemocratically seeking to impose an agenda not supported by the general population.

In this way HÃ©bert conflates democracy and the ballot-box. But freedom of speech and freedom of expression are integral parts of democratic life, as well as the social movements that exploit those freedoms to move society in a progressive direction.

Democracy means much more than choosing one’s rulers every four or five years. That is why CLASSE, the spearhead of the QuÃ©bec student movement, functions through direct democracy. One-student-one-vote general assemblies set the direction of the movement. And CLASSE has allied itself with similarly horizontal organizations in the rest of civil society that are seeking egalitarian social change.

All this doesn’t necessarily mean that the ballot-box is being rejected. It means that students realize the limitations of electoral politics, especially given widespread election financing corruption (it’s not just a PLQ affair) and the power of the 1% to influence political parties and the media.

The fundamental problem with both the over-the-top rightwing Coyne and the “moderate” HÃ©bert is that they have a limited conception of democratic participation that is generally shared in the corporate-controlled media.

Pundits like Coyne and HÃ©bert see politics as the marketplace of ideas where individuals and groups fight to have their interests represented by political parties that fight for power in the electoral arena. They see students as consumers, boycotting a product (education), trying to get a bit of a discount. And the only legitimate way to get that discount is by playing by the rules.

But students are not consumers “boycotting” a product. Students are on strike, refusing to participate in a system until fundamental gains are realized. They see education as a public good (much like healthcare and other social services) that should be financed through a progressive income tax system. Striking students are not playing by the same rules as the PLQ or the CPC, but that doesn’t mean that anything goes.

The real crime for students and the larger social movement that has adopted the symbol of the red square, is the plundering of social wealth by the 1%. More wealth is being generated, GDP is rising, but the gains are going to the rich. The rest of us get austerity. We are told we must pay our “fair share” as public services get more expensive. Meanwhile the wealthy few get tax breaks.

It is this basic inequality that is unchallengeable under the current rules of the game that the student strike and other social movements are challenging.

That is why the QuÃ©bec student strike is so hard for the pundits to come to terms with and why it represents something much more significant than a bunch of kids cutting class and making trouble to get their way.